Danny Garcia Confident: Errol Spence is a Great Fight For Me!

On February 17th from the Mandalay Bay Events Center in Las Vegas, two-division world champion Danny Garcia (33-1, 19 KOs) returns to the ring for the first time since losing a twelve round unanimous decision in his welterweight unification clash with Keith Thurman in March 2017 at Barclays Center in Brooklyn, New York.

Garcia will face former world champion Brandon Rios (34-3-1, 25 KOs) in a Showtime televised main event. The fight has been sanctioned as a WBC final eliminator.

The co-feature that night will have a super middleweight rematch, where 21-year-old David Benavidez (19-0, 17 KOs), will make his first title defense in a rematch against top contender Ronald Gavril (18-2, 14 KOs). Their first fight from last September ended in a controversial decision for Benavidez. 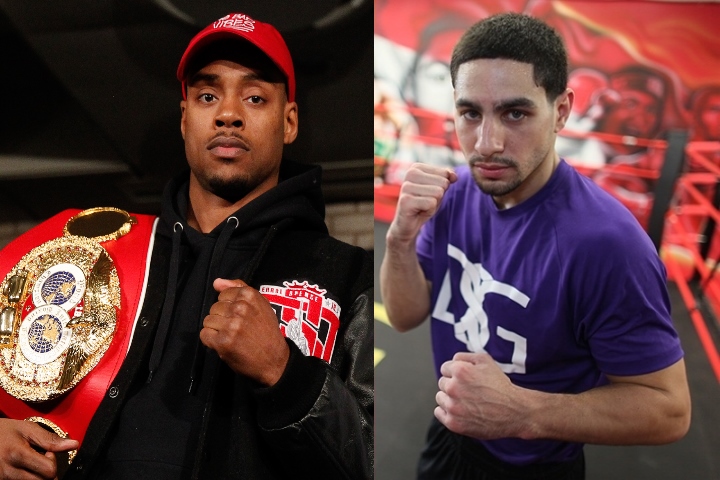 There is a lot of criticism over the contest, with fans calling Garcia a 'cherry picker' - because many of them believe that Rios has seen better days.

It's not the first time where Garcia was highly criticized over his opposition.

"If you look at the game, who else has fought Keith Thurman, Lamont Peterson, Lucas Matthysse, Amir Khan and the list goes on... at my age? None. That tells you everything right there. Who has fought the same fighters that I fought?," Garcia told BoxingScene.com.

"Everyone is talking about [IBF champion] Errol Spence, but he fought somebody that I already beat. And when he beat him they consider him a killer, but when I beat him Danny Garcia wasn't a killer."

Speaking of Spence, he is scheduled to make a Showtime televised defense of his title on June 16th in Dallas, Texas.

There is no opponent at the moment - and Garcia would welcome the opportunity to fight Spence.

"I think that's a great fight for me. He likes to fight, I like to fight. Like I said, I'll fight anybody. If his name comes across, and they want Danny Garcia and Errol Spence to fight - then we'll fight," Garcia said.

[QUOTE=_original_;18464091]Can people get off this dumb mentality already? Fighters aren't scared, especially not Danny who's been the underdog a bunch of times and was suppose to get destroyed by Matthysse, Thurman, and Khan.[/QUOTE] Nah...Danny's ***** ass is shook.

Everyone ****ing knows what time it is with this clown. His record says it all. Talk **** when you already have the worst fight in boxing signed. He's not getting anywhere near Spence when he can make millions fighting bums…

[QUOTE=Sledgeweather17;18463332]Your boy lost to a guy who had a messed up Elbow. He'd have been easily stoppped if Thurman was healthy. Also, yay! Danny waited until Spence was signed up to fight Peterson and he to fight Bum Bum Rios…