Vargas is a huge underdog in the fight. The WBC would only allow Garcia to move forward with the fight as long as it was a ten round non-title encounter.

Garcia vs. Vargas will headline a televised tripleheader on Spike TV, as part of the Premier Boxing Champions series. The event takes place on November 12 from Temple University's Liacouras Center in Philadelphia. 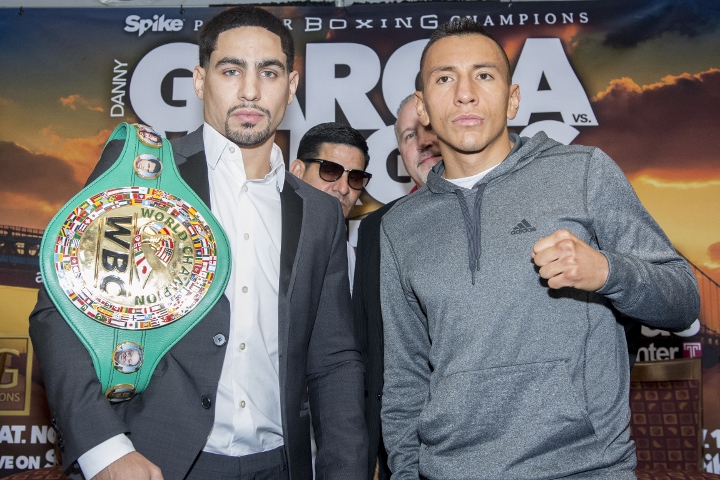 Garcia has a big payday riding on the fight. If he wins, there is a deal in place to unify with WBA welterweight champion Keith 'One Time' Thurman in the first quarter of 2017.

Part of the reason why Vargas is tabbed as a big underdog, is how easily he was dispatched in four rounds last year by unbeaten welterweight contender Errol Spence.

Just about every expert has labeled the fight as a mismatch, but Garcia refuses to view it in that light. He sees Vargas as a dangerous opponent.

"I can't look past Samuel Vargas and I know his trainer has a couple tricks up his sleeve. I know they're going to come to fight, but I will never underestimate anyone. I've learned my lessons to become the champion I am today," Garcia said.

"I know Vargas knows how to win. He's won a lot in his career. I'm going to go out there and just fight. If it goes the distance, then it does. I can't underestimate him. I'm going to put on a great show and dominate."

Since yesterday's announcement of this fight, Garcia has been big target on social media. He lets his team, led by his father/trainer Angel Garcia, make the decisions and he places his faith in their direction.

"I have a good team around me," Garcia said. "I'm at the point in my career where I'm working smarter and harder. Come November 12 we want to give the city of Philadelphia a night to remember. I can't overlook this fight, but I guarantee that I'm going to unify titles at 147 pounds soon."

he wants to figth canelo and he's concerned about this bum....no

GTFOH, Danny need to stop with BS trying to sell this bunkass fight.

[QUOTE=Dean_Razorback;17121963]:rofl: :rofl: all his comments regarding PBC (or anything related) are so corny. "will watch" "more boxing is good" :rofl:[/QUOTE] Will watch and more boxing is good. Don't be mad cause i can enjoy the sport while so many complain…