Daniel Jacobs will face undefeated Polish dangerman Maciej Sulecki at Barclay Center, Brooklyn on April 28 on a huge night of action live on HBO and Sky Sports, as Katie Taylor aims to unify the Lightweight division against Victoria Bustos and Jarrell Miller and Johann Duhaupas clash in an eliminator for the WBA World Heavyweight title.

Jacobs is back in action at the scene of his biggest career victory, a stunning first round knockout of Brooklyn rival Peter Quillin in December 2015. Known as the “Miracle Man”, for his miraculous recovery from cancer in 2012, Jacobs is returning to battle following a dominant 12-round unanimous decision over then undefeated Luis Arias in November at NYCB Live, home of the Nassau Veterans Memorial Coliseum.

Challenging for Middleweight supremacy in March 2017, Jacobs lost a very hotly contested and controversial 12-round decision to Gennady Golovkin in New York City, the first distance fight for Golovkin in nine years. 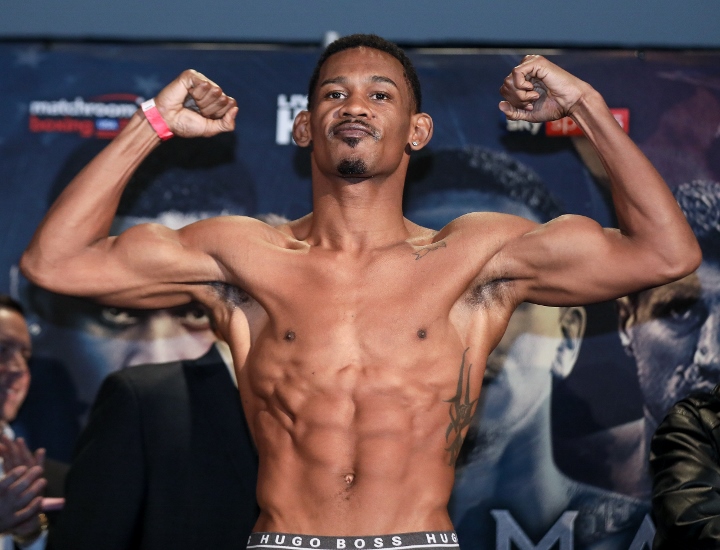 Jacobs is currently world ranked #2 by the WBA and #3 by the WBC, IBF and WBO in addition to being ranked #3 by ESPN.com. This will be his fifth time fighting in his hometown venue, Barclays Center and his second fight under new promoter Eddie Hearn and Matchroom Boxing USA.

“I’m very excited to be back in the Barclays Center, it always feels like home fighting there,” said Jacobs. “I want to thank Eddie Hearn, HBO and Brett Yormark for making it possible.”

“I’m looking forward to fight Sulecki on April 28, he’s an undefeated guy that I know will be looking to make a name for himself by beating me. I’m looking to have a great training camp and get myself focused to really put on a show for the Brooklyn fans come April 28.”

A native of Warsaw, Poland, now living in Florida, Sulecki capped a very successful 2017 with a ten round unanimous decision over former world title challenger Jack Culcay in October at the Prudential Center in Newark. Over the course of his eight years as a professional, Sulecki has compiled wins against notables including Hugo Centano Jr., Grzegorz Proksa, Darryl Cunningham and Damian Ezequiel Bonelli. Sulecki is ranked #6 in the world by the WBO.

“This is an excellent opportunity for me to fight one of the very best Middleweights in the world,” said Sulecki. “I’ll be very well prepared to stay undefeated and defeat Jacobs in front of the Polish boxing fans at Barclays Center as I continue my march to become a world champion.”

Following that up most recently, Miller stopped former world title challenger Mariusz Wach in the ninth round in November 2017 at Nassau Coliseum.

Duhaupus stormed through 2017 with three dominant wins including an eighth-round stoppage of Newfei Quatah in December in Levallois-Perret, France.

Among the top names Duhaupus has battled over his thirteen-year professional career are WBC Heavyweight Champion Deontay Wilder, Alexander Povetkin, Robert Helenius, Manuel Charr and Erkan Teper. Miller is currently world ranked #3 by the WBO, IBF and WBA while Duhaupus is world ranked #7 by the WBC.

“Nothing makes me more gratified and blessed to do what I love best and that’s to get back in the ring and continue to solidify my place as the next Heavyweight Champion of the world,” said Miller.

“This fight on April 28 is just the next step to being recognized as the best in the world and a training ground for Anthony Joshua and Deontay Wilder. Thank you HBO, Eddie Hearn and Dmitry Salita for this amazing opportunity. Big Baby Miller and Big Baby Promotions is here.”

“A top Heavyweight does not have to be heavy or light, fat or slim – a Heavyweight just needs to be strong,” said Duhaupas. “I will show on April 28 that I am strong enough to beat Jarrell Miller.”

Taylor puts her title on the line for the second time after the Irish star landed the title in Cardiff in October in Cardiff against Anahi Sanchez and successfully defended it against Chicago’s Jessica McCaskill in London in December.

Long-reigning IBF champion Bustos is in her sixth defence of the IBF strap she won back in September 2013, all in her native Argentina, and the 29 year old has also fought for the WBC Super-Lightweight strap in her impressive career at the top level.

Taylor is gunning to end Bustos’ run as champion in style on her return to Brooklyn where she boxed in July 2017, launching her bid to collect all the Lightweight titles in 2018.

“Becoming unified champion is very important to me,” said Taylor. “Last year was great but I’m not really one for looking back and it’s all about the next challenge. I believe that winning my first world title as a pro is just the start of it, I want to fight all the other champions and unify the Lightweight division.

“Bustos is one of the longest reigning champions in women’s boxing so I’m expecting a very tough fight. I’ve been back in training camp in Connecticut since the beginning of the month so the hard work has started and I’m excited to have the chance to win another World title.

“I got a great reception when I fought there last year so I’m really looking forward to boxing there again. It's a unification fight and the Barclays Center is a fitting venue for a big fight like that.”

“I'm delighted to stage our first show at Barclays Center - it's a huge night of World Championship Boxing,” said Eddie Hearn, President of Matchroom Boxing. “Daniel Jacobs faces a tough test against Maciej Sulecki and I believe victory will lead him to the winner of ‘GGG’ and Canelo the following week. That's what Daniel wants, that's what HBO wants and it's what the fans should demand.

“There is also a brilliant heavyweight match up between Brooklyn's own Jarrell Miller and France's Johan Duhuapas who we saw go 11 exciting rounds with Deontay Wilder stateside - the winner will progress to a shot at the Heavyweight World title.

“Also, the biggest star in women's boxing, WBA Lightweight Champion Katie Taylor goes for unification glory against IBF Lightweight Champion Victoria Bustos and Polish Heavyweight contender Artur Szpilka will bring his Polish army of fans along for his return. Additionally, unbeaten knockout artist Shohjahon Ergashev is also in action following his impressive victory in January. There is plenty more to be added, this is going to be a stacked night of boxing from start to finish.”

[QUOTE=BillyBoxing;18499552]Well, Sulecki lacked a bit of one punch power at 154 so I can't see him putting a number on a big guy like Jacobs. They are both tall but Jacobs is stronger/heavier, they both have speed/skills but I think…

At least Jacobs is staying busy. I do want to see Jacobs/Derevyanchenko.

[QUOTE=suffolkbull3;18499775]Ding Ding Ding Ding Ding!!!!! Plus HBO gave jacobs a sht ton of money as well! People do not understand that jacobs has one of if not the very best manager in all of boxing!!! kc is going to deliver…

[QUOTE=WBC WBA IBF;18498730]He may not fight Charlo ever, but avoiding Charlo isn't why he went to HBO. He went to HBO because HBO has exclusive contracts with Canelo and GGG, the two fighters Jacobs wants to fight the most.[/QUOTE] Ding…