On September 26th Damien "Sugar" Vazquez (15-1-1) will fight for his first world title against WBA super bantamweight world champion Brandon Figueroa (20-0-1).  The fight takes place on the Jermell Charlo-Jesion Rosario and Jermall Charlo-Sergey Derevyanchenko co-headliner pay-per-view card. The fight will be broadcast live from the Mohegan Sun in Connecticut by Showtime. 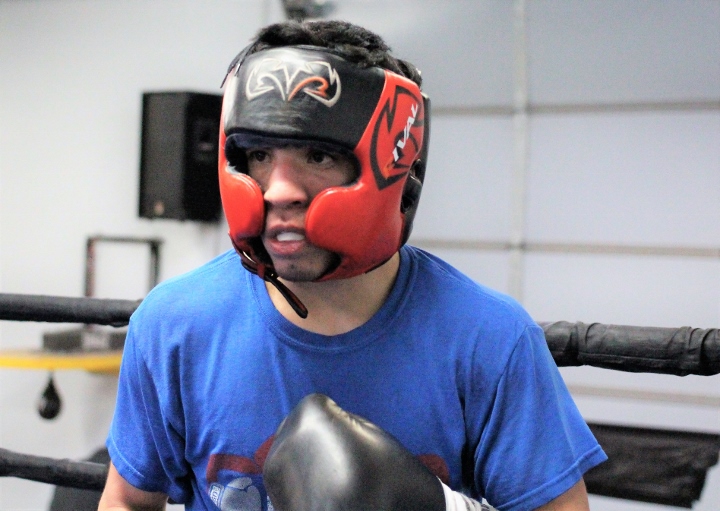 For the 23 year old Vazquez, the fight is an opportunity of a lifetime and he said that his training camp couldn't have gone any better.

"I feel good. As camp goes on you feel a bit tired but overall it feels great. To exchange punches it is f--king great. I love to fight. I am going to bring the fight and make it a phone booth war," Vazquez told BoxingScene.com.

The Mexican American recently declared that his fight against Figueroa, who is also of Mexican descent would be an all out "Mexican War."  A questionable draw last year led the boxer-puncher to switch up his style and try not to leave the outcome of his fights in the judge's hands.

"I don't know what it is. I just feel comfortable going in there and duking it out with him. That is the way I fight now. F--k it, may the best man win, put it that way," he exclaimed.

In addition to fighting for his first world title, Vazquez will also be moving up to 122 pounds after fighting most of his career at the 118 pound bantamweight limit or lower.  He said that he really won't know what effect the weight change will have on until he gets in the ring on fight night.

"Honestly I have been thinking about this going up in weight but I think right now it is one of those things where I won't know until I experience it," said Vazquez.

Figueroa had a busy 2019 campaign going 2-0-1.  This will be his first fight of 2020 while Vazquez beat journeyman Alejandro Moreno via 5th round knockout in his most recent bout in February.