What a contrast in output: Dadashev (vs. Perez & Booth) averaged 85.4 punches thrown per round to 38.6 per round for DeMarco (vs. Ramirez, Figueroa, Barthelemy & Vargas). 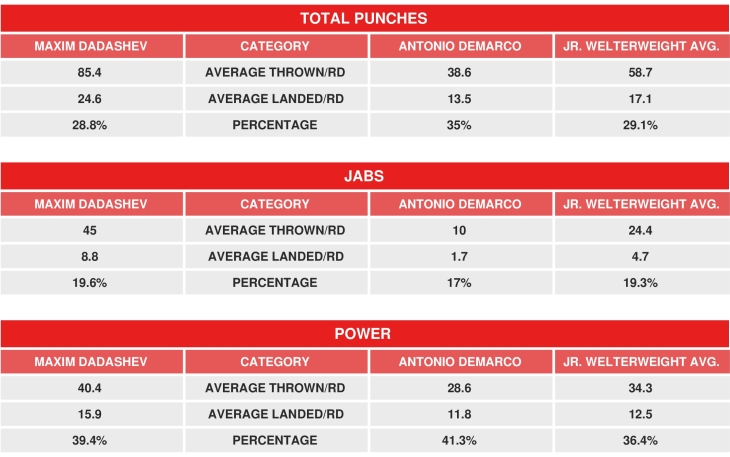 Ryota Murata, one of Japan's most revered sporting heroes, is ready to make his debut as a Las Vegas headliner. (photos by Mikey Williams).

Murata-Brant and Dadashev-DeMarco will stream live in the United States beginning at 10:30 p.m. ET on ESPN+.

The entire undercard will stream live on ESPN+ beginning at 7 p.m. ET and includes the return of Michael "Mick" Conlan (8-0, 5 KOs), the Irish sensation who will face Nicola Cipolletta (14-6-2, 4 KOs) in an eight-round featherweight bout. Also on the card is Conlan's 2016 Olympic nemesis Vladimir Nikitin (1-0), who will take on Clay Burns (5-4-2, 4 KOs) in a six-rounder at featherweight. It was Nikitin who won a controversial decision over Conlan in the 2016 Olympic quarterfinals.