The British rivals will face off for a place in the super-middleweight World Boxing Super Series final this weekend, with Groves’ WBA and Eubank Jr’s IBO titles on the line.

Around 20,000 fans are expected to pack into the Manchester Arena for one of the most eagerly-anticipated match-ups in years. 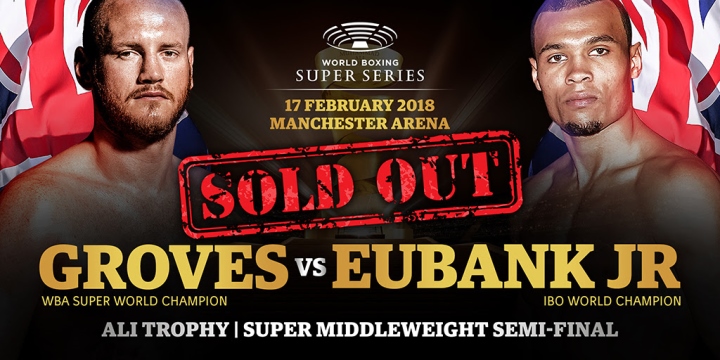 Both the fans and the bookies are struggling to separate the two – and they are not alone.

Crolla, who held the WBA 135lb strap between 2015 and 2016, revealed his prediction for the all-British battle during an exclusive chat with Starsport.

“Honestly, that is so tough. I’ve changed my mind around five times,” he explained.

“I’ve got a lot of interest in it because a good friend of mine, Callum Smith, is in the other semi-final and I fancy him to come through and fight the winner of them in the final.

“Groves mentioned it in the press conference and I do know what he’s saying in that I can’t understand why people are making him [Eubank] favourite.

“If you look at who he [Eubank] has been in with, his wins, I just think – as I’m saying this now I think Groves could win on points.

“Eubank Jr is on a really good run of form lately and I think George is a huge puncher but I feel like Eubank has inherited his dad’s chin.

“He has got some engine on him.

“I just think, can Groves keep him off for the whole fight? And that makes me lean towards Eubank to win in the second half of the fight.

“It’s such a tough fight to call, I might change my mind a few times before the fight but I think Eubank Jr I’m just going with.”

Cant wait for this, heading down to Manchester on Friday morning so that we can make the weigh in. I , like Crolla, have changed my mind numerous times but the closer it gets i just see Groves pulling it…

Haven't seen Eubanks chin be tested to say that he has inherited his fathers chin. That's testament to him so far in his career but as he steps up in opposition which he's doing this week we'll see.