Crawford is more selective with his punch output, and his defensive numbers reflect this: Opponents landed just 7.1 punches per round- 10.2 fewer than the welterweight avg. and #4 on the CompuBox Categorical Leaders list. 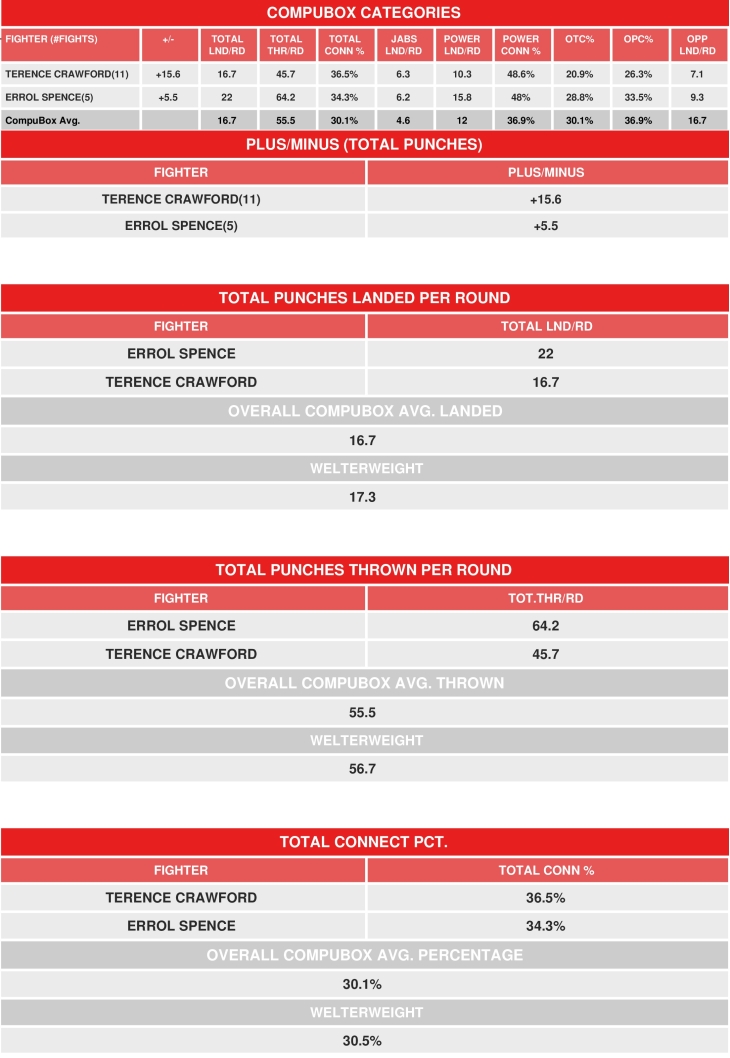 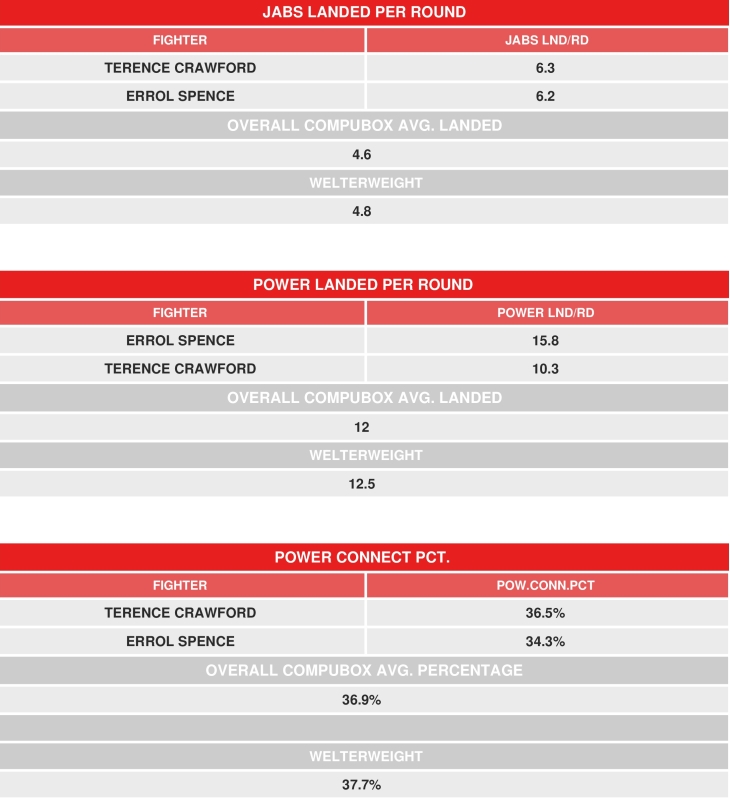 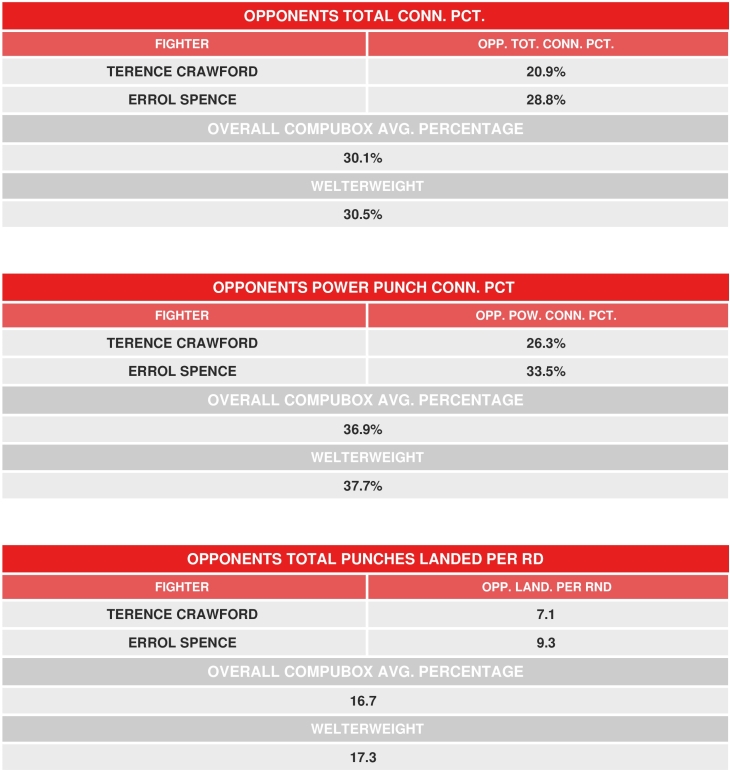 Highly irritated with this article I did some research of my own and if you average Crawford's last 5 bouts the way you did Spence, a different narrative is created. I have no clue why you averaged 11 bouts for…

Both are still unproven. i wish they fight one of the top 5 welterweights to determine if they are truely the top dogs of the division.

[QUOTE=HarvardBlue;19200898]The only reason I disagree with your comparison is we already saw Golovkin fight tentative against Jacobs and Lemieux to a lesser extent. We also saw him hesitate against C-level fighters whenever he got hit flush. Ironically, Crawford tend to…