With both Gennady Golovkin and Saul Alvarez not fighting again in 2016 as planned, it opens up a date on HBO. As BoxingScene.com previously reported, the beneficiary will be unified junior welterweight champion Terence Crawford (29-0, 20KOs)

But as was the case with Golovkin's return for December 10, the weeks are ticking down and a fight must be finalized soon. The HBO date is only a few weeks away with no finalized opponent for Crawford. Arum says an opponent is in place, but his is not ready to let the cat out of the bag just yet.

Bob Arum told BoxingScene.com on Thursday afternoon - "He's definitely fighting December 10th and the opponent has agreed, but we're not saying anything till the opponent and Terence sign the contract, which should be the next day or so. But the fight is done for Omaha on December 10th." 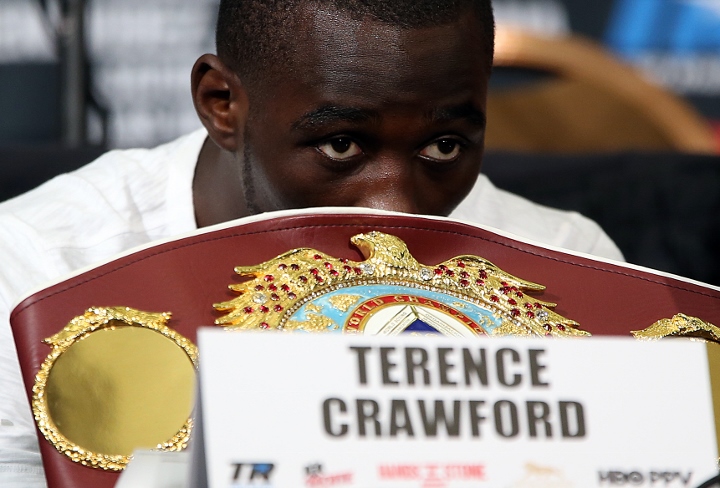 Arum confirmed to BoxingScene in an earlier article that he's actively in talks with Al Haymon to secure an opponent from the vast stable of Premier Boxing Champions. Rumors in the industry are pointing to John Molina, who won a decision earlier this year over former world champion Ruslan Provodnikov.

This event will take place at the CenturyLink Center, the basketball home of Creighton University.

"Creighton was great, they agreed to change the date of a game to accommodate us,"explained Arum, who says that there will be an HBO co-feature on this broadcast.

[QUOTE=just the facts;17154926]Check this shyte out, a hard core g string ball gagger bytching about someone not fighting two difficult opponents in a row when his man crush won't fight even one difficult opponent in his whole career. Just excuse…

Crawford's gonna beat on Molina. I was surprised to see Molina rated #3 by TBRB and #9 by the RING though.

[QUOTE=Motorcity Cobra;17155018]HOW SWAY? HBO doesn't have the budget to keep Crawford busy. The only reason he's fighting on Dec 10 is because Canelo got hurt and GGG isn't fighting on that date and Kovalev and Ward are fighting Nov 19th.…

[QUOTE=Sugar Adam Ali;17153997]Arum needs to treat crawford like he did a young cotto circa 2003[B]-2008.. Cotto always stayed busy [/B]and gradually upgraded opponents.. Crawford is basically where cotto was at the begininng of 2006.. Legit star on regular hbo and…

[QUOTE=just the facts;17154926]Check this shyte out, a hard core g string ball gagger bytching about someone not fighting two difficult opponents in a row when his man crush won't fight even one difficult opponent in his whole career. Just excuse…