Johnny Coyle put himself further up the pecking order for a major title challenge with a hard-fought victory.

The 25-year-old Essex welterweight moved to 19-0-1 with two early finishes with a razor-thin decision win over Lewis Benson.

The pair clashed over 10 rounds, as part of the supporting cast to Michael Conlan’s homecoming outing against former world title challenger Adeilson Dos Santos at the SSE Arena in Belfast. 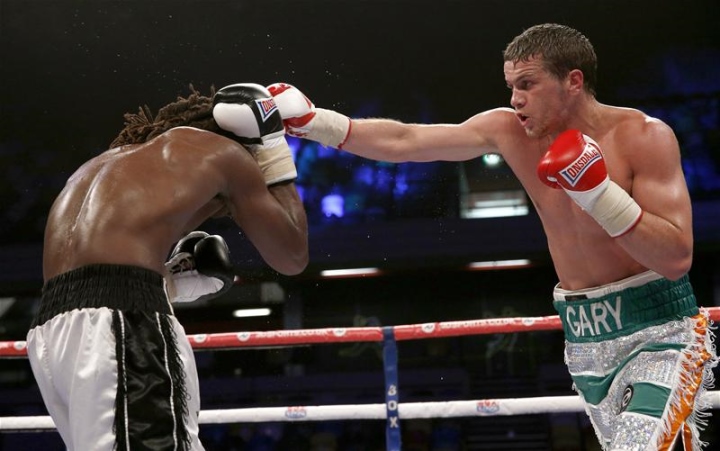 And Coyle won a rather dull affair by 96 points to 95, exclusively live on BT Sport and BoxNation, putting himself in pole position for a final eliminator for Bradley Skeete’s British welterweight title.

Meanwhile, Gary Corcoran recovered from the disappointment of Paddy Gallagher’s withdrawal to get a stoppage win.

Corcoran was meant to meet Gallagher in an official eliminator for the British welterweight title on this card, but the latter was forced out during the build-up after suffering a broken jaw in sparring.

That left the former WBO world title challenger ‘Hellraiser’ to face Victor Ray Ankrah and he dispatched of the Ghanaian inside five of eight scheduled rounds.

Also on the card, Lewis Crocker kept up his flawless stoppage record with another win.

The 21-year-old Belfast puncher took less than three minutes to end the challenge of his latest opponent.

Crocker, who Carl Frampton has raved about in the build-up to this fight, took out Adam Grabiec on the BT Sport- and BoxNation-aired card with a crushing body shot inside the opening stanza of a scheduled four to move to 6-0 with all of them coming early.