“I have worked hard all my life to become a world champion,” said Groves.

“Now I will work hard to win the Muhammad Ali Trophy. I am in great shape, I have great experience and I know exactly what it takes to win this tournament. I can’t wait for Saturday night.” 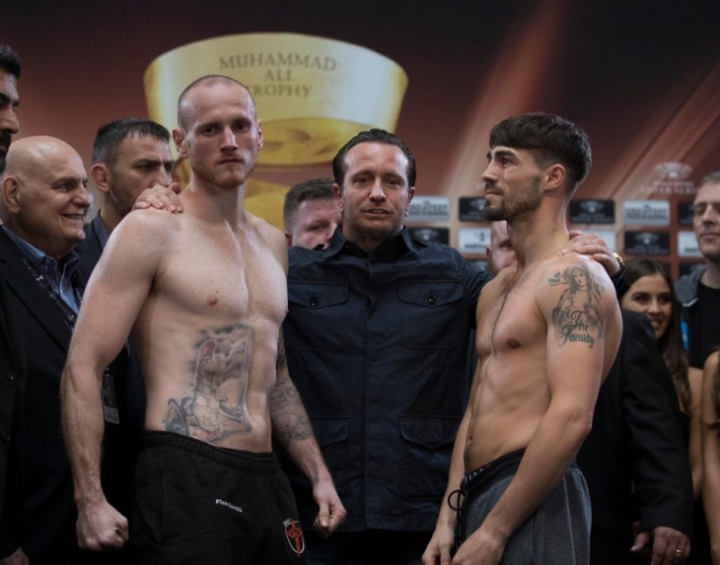 Jamie Cox has been confident in the build up for the fight and says he is ready to cause a stir against the number one seed in the super middleweight division of the World Boxing Super Series.

“I am relaxed,” said Jamie Cox.

“I have got my team, my friends, my family and my fans here. I am ready to go, I have trained hard for this.”

“It is obviously my first world title fight and I am ready for the occasion. When I looked into George’s eyes I saw a scared man. I am predicting a great, great win.”

A limited number of tickets are on sale ranging from £35 to £130 at stubhub.co.uk.

Organised by Comosa AG, the World Boxing Super Series kicked off in September 2017, featuring the Cruiserweight and Super Middleweight divisions. In each weight class, eight elite boxers will battle it out in a bracket-style elimination tournament, with four quarter-finals (fall 2017), two semi-finals (early 2018) and one final (May 2018). This makes for seven top fights per weight class, and a total of 14 fights in Season One to be staged in premier venues around the globe

Didn't look scared to me, and why should he be? He's the bigger man, world champ, much more experienced, headlined Wembley ffs. Jamie Cox has it all to do in this fight, I just hope he embraces the experience and…

Hopefully Cox does bring somethings even if it is just ruggedness and dirtyness. Otherwise George is just going to walk him on to one and take his chin off.

Cox just trying to make a fight of it. It must be difficult knowing most people are already anticipating the Groves v Eubank fight before Cox has even set foot in the ring.

Good god this kid just said that?! Groves is gonna polax him in 8.

Who in the hell is Jamie Cox? 40 on the boxrec rankings, hasn't fought ANYONE I've heard of.. this sounds like a mismatch. Groves stops him in 6 or less. He's coming off some 4 rounders for crying outloud. Why…