Cotto Not Worried About Mayweather-McGregor on Same Date

Former four division world champion Miguel Cotto is not worried about his upcoming return fight going head to head with one of the biggest sporting events of the year, when Floyd Mayweather Jr. and Conor McGregor collide on August 26th.

A deal was finalized last Wednesday, for the former five division world champion to make his return to the ring, in a boxing match against UFC champion McGregor - who is the biggest MMA star in the world.

A few weeks ago, it was announced that Cotto would finally make his ring return on August 26 in a battle with Yoshihiro Kamegai for the vacant WBO junior middleweight championship. 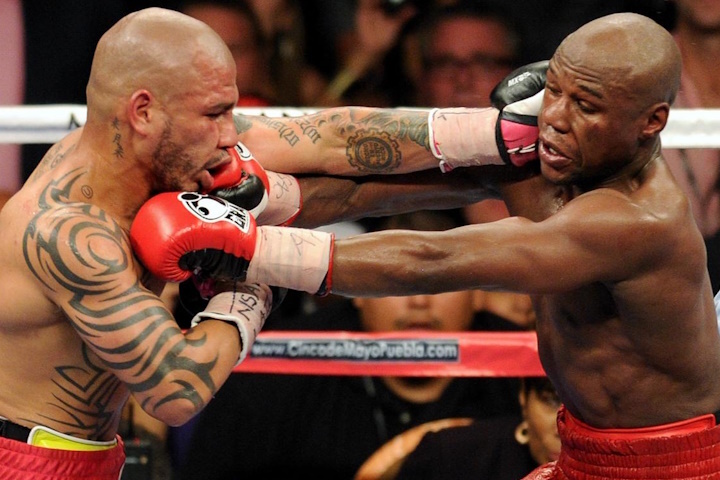 Mayweather-McGregor - which is carried by Showtime Pay-Per-View - takes place at the T-Mobile Arena in Las Vegas, while Cotto-Kamegai -televised live on HBO - will happen in Los Angeles at the StubHub Center.

The fight with Kamegai will be Cotto's first fight of a new promotional agreement with Golden Boy Promotions. The Puerto Rican star parted ways with Roc Nation Sports earlier this year.

"We are not affected in any way by the Mayweather-McGregor fight," Miguel Cotto Promotions executive Bryan Perez said to Jose Bartolomei.

"Miguel already has his date. HBO is behind us and there is nothing to stop the event. Everything is going according to plan. We received a notice from Golden Boy about Mayweather's fight. We were told that there was no need to worry. That there was no problem.

"In my personal opinion, I see that fight as a spectacle. I understand the type of attention that fight attracts, because you have two popular figures from different disciplines. But it does not affect boxing as such."

We will be watching both, this is the co-main event in my house. Cotto vs KAMEGAI will probably come on around 10, Mayweather vs McGregor will come on around 11. No problem. It justifies my PPVpurchace. It will make me…

[QUOTE=PETUFF;17788926]Mc Gregor fight a joke!:boxing::boxing:[/QUOTE] not sure how vegas generating a half of billion dollars to their economy is a joke.

neither fight will affect the other. mayweather's high rollers fan base and mcgregor the UFC's #1 fighter going against each other is very interesting and vegas is going to make a killing for their economy.

They should sell it for 29.99 with some type of rebate & let certain bars play it along with mayweather vs macgregor. Put it in movie theaters in NY, FL, and Pennsylvania. On the west theyd need to sell the…