Conor Benn is likely to return to the ring next month.

The welterweight won the WBA Continental title in his last fight.

Benn beat Cedrick Peynaud on points in a rematch in July, scoring a much more comprehensive victory than the one he got in their 2017 fight of the year contender last December. 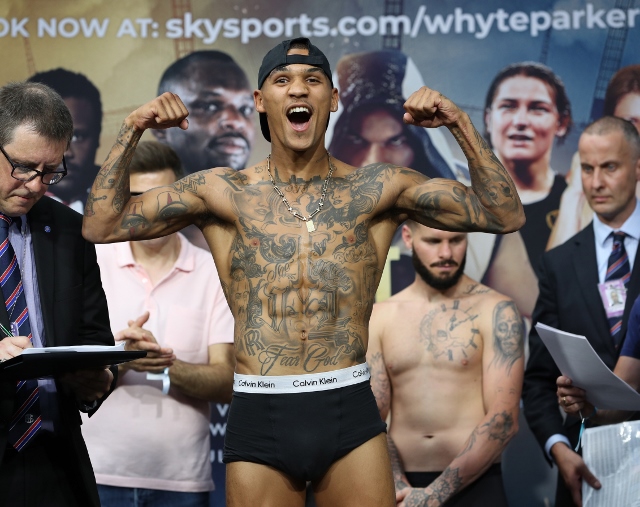 And Boxing Scene understands that the 21-year-old will be back in action in a few weeks' time.

Eddie Hearn and Matchroom Boxing are set to stage a card at the Copper Box Arena in London, exclusively live on Sky Sports, on October 27.

The card, which has yet to be formally revealed, is to be headlined by four title fights.

Ted Cheeseman and Asinia Byfield will meet for the vacant British super-welterweight title, while Ryan Doyle will make the first defence of his Commonwealth featherweight title against undefeated talent Jordan Gill and Ryan Walsh and Isaac Lowe fight in a rematch for the former's British title at 126 pounds.

The fourth title fight, plus further supporting fights, will be added to the card in due course.

IN OTHER NEWS: Scottish amateur sensation Reece McFadden is relishing the prospect of making his professional debut under the MTK Global banner.

The double Commonwealth Games medallist, who won a staggering 150 of 165 amateur bouts, attended the MTK Global show in Glasgow on August 24 and was excited by the atmosphere.

McFadden, 23, said: “It’s a cracking venue. It’s outstanding. I’ve come to support the boys who are fighting here tonight. Hopefully my venue will be here because I’m really looking forward to it.

“I’d like to move towards titles as quickly as possible. The flyweight division doesn’t have that many people in it but I’ll leave all that to my team. Whoever they select, I’ll say yes to anyone.

“I will fight anyone. It’s just a great feeling for me to be in that ring.

“Scottish boxing is growing and growing just now. It’s flying. Everyone and their granny are signing for MTK Global. It’s a cracking organisation.

“MTK Global is the place to be. It’s the best move I’ve made.”

Reece McFadden looks to be a terrific prospect. The only problem he faces is finding good UK opposition. He's really going to need at least 5-6 fights a year for the first 2-3 years, so hopefully he takes regular trips…

He needs another 10 journeymen over the next 3 years, he should spend time around the world and spar in different camps with some real WW's and focus on that, he;s only 21 years old so no rush.