Their mutual promoter, Eddie Hearn, believes the two unbeaten boxers will collide in the near future in what would become a big event in the UK.

Kelly is heading to a showdown with European champion David Avanesyan. Their bout has been pushed back twice, most recently due to the coronavirus. 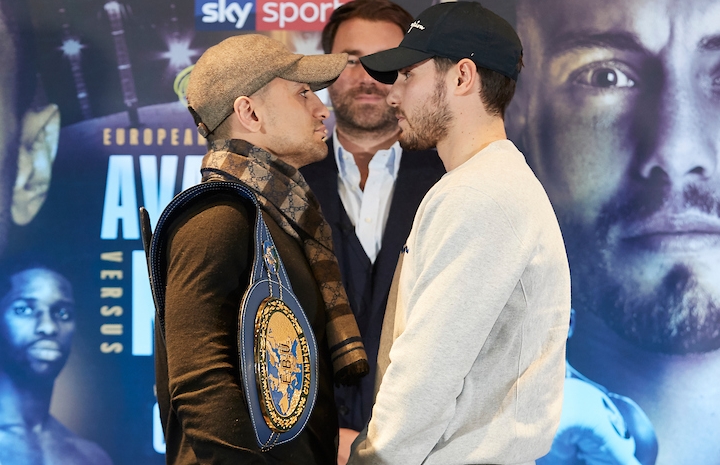 After Kelly struggled in his draw against Ray Robinson last year, Benn believes Avanesyan could very well stop Kelly in the late rounds.

Kelly was a part of the British team in the 2016 Olympics, which gave him an amateur lead over Benn, who is the son of British legend Nigel Benn.

"Kelly had a head-start with his amateur career," Benn said. "That's something I wish I had, but wish I didn't have at the same time. I believe it would do me favours later in my career. But you end up having injuries.

"It's a blessing in disguise that I don't have the amateurs. I'm putting in the hard graft now to make up for it. I may never be a polished, slick, defensive fighter. All I know is that whoever I fight will know they've been in a fight. Technically Kelly would box anyone's ears off for six rounds. But it's the next six that count.

Benn is a good salesman as well as a potential force in the ring. Nice psyche to keep Kelly complacent. Although that should be Kelly's middle name. Earlier comment of Kelly's skills being overrated is correct. I haven't seen any…

It looks like a lot of drama to me. Josh needs more basics and less theater

I think Josh Kelly's boxing skills are massively overrated. Just because he has that poser-ish style, doesn't mean he is massively skilled. He's a decent boxer, with little power, stamina and a suspect chin. Don't rate the kid at all…

Conor Benn, you clumsy clod English-Bum. If you envy Josh Kelly for his mediocre boxing, you are more of blockhead then your old-man. Josh Kelly embarrassed himself in the World Series of Boxing before turning pro, Kelly went 0-1-0 in…