Regis Prograis graduates to the top levels of the 140-pound title by overpowering Julius Indongo, a lanky recent three-belt titlist, with one knockdown in the first (jab) and three more in the second (all from left crosses) to win the "interim" WBC super lightweight title. 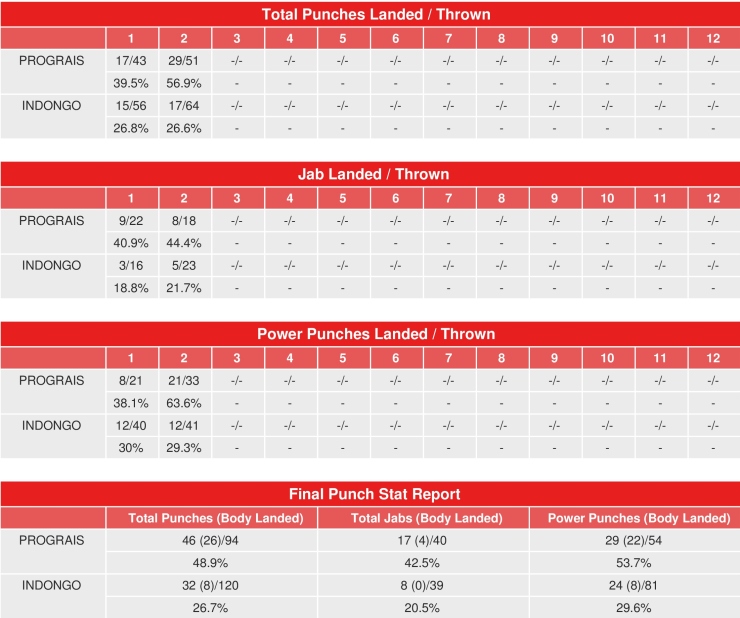 With the win, Prograis (21-0, 18 KOs) will now likely face the winner of next week’s Amir Imam (ranked No. 1 WBC) and Jose Ramirez (ranked No. 3 WBC) matchup for the currently vacant WBC world title belt. Prograis, of Houston by way of New Orleans, was dominant from the opening bell and has now scored knockouts in 14 of his last 15 fights.

In the final seconds of the opening round, Prograis landed a fierce jab that knocked Indongo (22-2, 11 KOs) to the canvas. In the second round, Prograis continued to attack the much taller Indongo, and floored him for the second time with a huge left hand.

With a wobbly Indongo returning to his feet, Prograis continued the onslaught and immediately attacked his prone opponent and knocked him down for a third time in the fight. Referee Ian John-Lewis gave Indongo one more opportunity to remain in the fight, but Prograis ended it once and for all with a third knockdown in the round via a left hook and fourth in the fight at 2:54 of round number two.

The WBC No. 2 ranked fighter at 140 pounds immediately turned his attention to a possible matchup with the winner of next week’s Imam-Ramirez matchup.

[QUOTE=yammy25;18561024]lol makes you realise the level of Ricky Burns[/QUOTE] True but Ricky accomplished alot in the sport with so little talent lol haha

lol makes you realise the level of Ricky Burns