Commey: Lopez Will Learn The Hard Way How Badly I've Wanted This Fight

Richard Commey always figured to disagree with Teofimo Lopez on a number of topics in the buildup leading up to their title fight this weekend.

The manner in which said matchup came about, however, has left him baffled.

The defending lightweight titlist couldn’t help but laugh at the suggestion that he was looking for any way to get out of their upcoming clash, which takes place Saturday evening live on ESPN from the famed Madison Square Garden in New York City.

“He didn’t want the fight, and I know for a fact he didn’t,” Lopez (14-0, 11KOs) told BoxingScene.com senior writer Keith Idec. “But I’m the mandatory, so he had no choice. Either give up the belt and show people that he didn’t wanna fight me, and [make] a better name out there for me.

“Or just say, ‘F--- it,’ and face his fears and fight me. And that’s what he did, man. You know, if it was up to him, he would probably rather face Lomachenko than myself.” 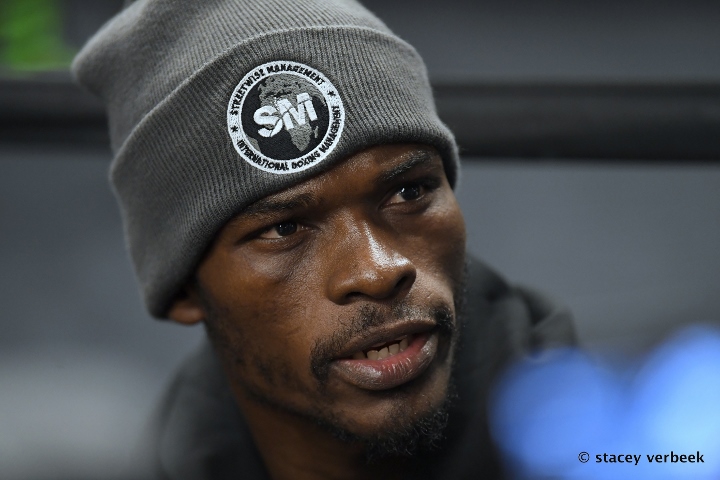 Such an assertation isn’t quite in line with how the fight materialized. The bout was ordered by the International Boxing Federation (IBF) in early August, with Ghana’s Commey—who now lives and trains in The Bronx—eager to move forward with the fight, while his ordered mandatory challenger wrestled with personal issues before ultimately reaching terms for Saturday’s highly anticipated showdown.

At no point, however, did the defending titlist consider an alternate route.

“I have had to face every tough fighter that have been put in front of me all my career, while being on the B side most of the time,” Commey (29-2, 26KOs) notes to BoxingScene.com ahead of his second title defense. “That has got me to where I am today a world champion so why would I be scared to fight him?”

Despite boasting vastly more experience at the title level, the 32-year old Ghanaian enters as a slight underdog. His career-long dream of capturing a major title came true earlier this year, scoring a 2nd round knockout of Isa Chaniev this past February to claim the IBF strap on his second try. He came up just short in a Sept. 2016 12-round thriller with then-unbeaten Robert Easter Jr., a bout which was followed with a hard-fought loss to Denis Shafikov in their Dec. 2016 title eliminator on the road in Moscow, Russia.

Five straight wins have followed, including a six-round thrashing of previously unbeaten Alejandro Luna last August to earn his place as the mandatory challenger before fighting for the vacant title earlier this year.

His aforementioned win over Chaniev was followed by a one-sided 8th round stoppage of former titlist Rey Beltran this past June. Upon finalization of this weekend’s clash versus Lopez—a 2016 Olympian 10 years his junior—immediately came the tease of Saturday’s winner facing Vasiliy Lomachenko sometime in 2020 to determine the true lineal lightweight champion.

That pie in the sky isn’t anywhere on the radar for the reigning IBF titlist, at least not until he takes care of business this weekend in New York City.

“That’s right I am not looking past Saturday,” insists Commey. “Teofimo has my full attention and all I am focused on is retaining my title come Saturday night. He’s going to learn the hard way, just how badly I’ve wanted this fight all along.”