Coldwell: Fowler Will Not Be Denied in Fitzgerald Clash

Dave Coldwell’s eyes did not leave the ring earlier this month when observing Scott Fitzgerald destroy the outgunned Radoslav Mitev in two rounds.

With the victory, Fitzgerald picked up some momentum heading into his March 30th showdown with Liverpool’s Anthony Fowler, and Coldwell, Fowler’s trainer, was ringside to compile a dossier on the win.

With the path now clear for the much-awaited clash between former international teammates, Coldwell is confident that he’s backing the right man. 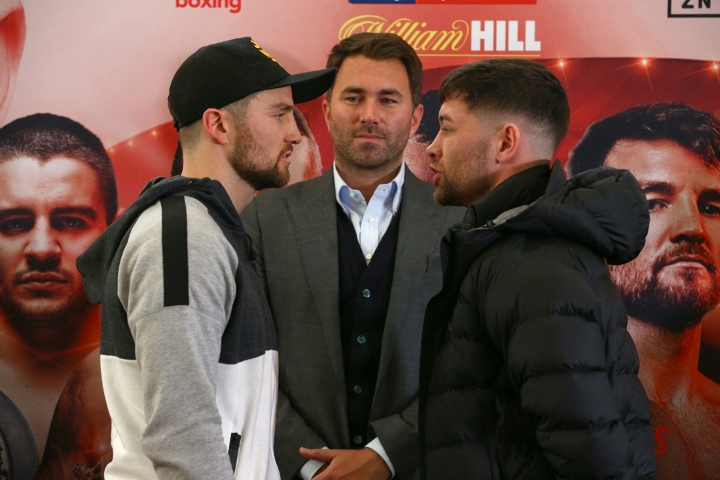 “It’s the type of fight that I absolutely love,” buzzed Coldwell.

“When I was promoting shows a few years back this was the type of fight that I would love to put on. Two undefeated lads at the start of their careers and the winner can push on towards a domestic title shot. The pair of them have had a few words on social media already and that may continue in the build-up, but they’re both confident and they both fancy it. I think Fowler just has too much for Fitzgerald at this stage. Scott is a very good boxer and he’ll fancy this, but I see this fight as something that will bring the best out of Fowler and I don’t think he’ll be denied.”

Elsewhere on that recent bill at the O2 Arena, Ted Cheeseman, a potential rival for Fowler this year, surrendered his unbeaten record to Sergio Garcia. Still British champion, a fight with Fowler is still a strong possibility, and Coldwell still likes that fight for his charge.

“Fowler wants the British title so a fight with Cheeseman is still a big fight for him. Obviously the fight is much bigger if they were both undefeated and the European belt was on the line, but boxing doesn’t always work like that. Ted lost to a good fighter and he’ll be desperate to come back and show people it was a blip. Him and Fowler would be a brilliant fight, but, once again, I feel I’ve got the right man in that one.”

Cheeseman loses to fowler. It pains me to say that but the cheese will get outboxed.