Razvan Cojanu understandably is a huge underdog against Efe Ajagba.

The Romanian heavyweight has lost four of his past five fights, including a pair of second-round knockouts to Luis Ortiz and Daniel Dubois. Ajagba is 12-0 and knocked out 10 of his opponents, but Cojanu isn’t the least bit intimidated as their 10-rounder nears.

“This is heavyweight boxing, so nobody is invincible,” Cojanu said as part of an open workout Wednesday in Brooklyn. “People talk like Efe [is] supernatural, but I saw his last six or seven fights. He’s a strong fighter, but I think that I’m going to give my best performance Saturday night.” 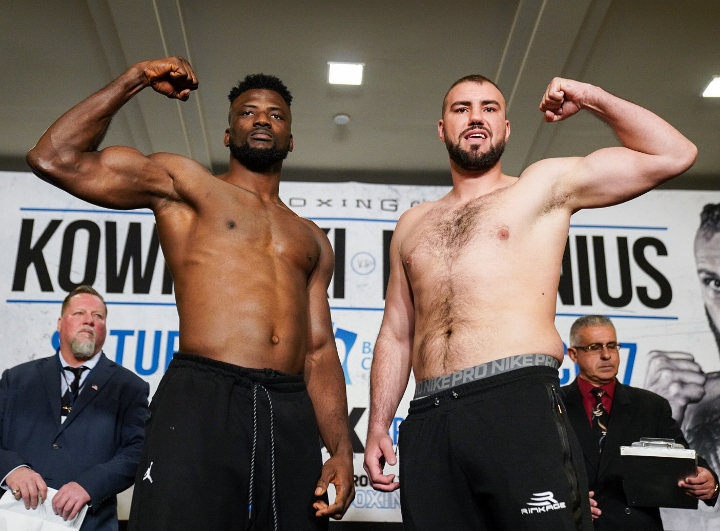 The 6-feet-6, 240-pound Ajagba, a 2016 Olympian for Nigeria, overcame the most alarming moment of his pro career in his last fight.

Ajagba appeared well on his way to knocking out Iago Kiladze on December 22, when a resilient Kiladze knocked down Ajagba in the third round. Ajagba already had floored Kiladze in the third round when a wobbled Kiladze came back to drop him with a right hand.

Ajagba got up, regained control of their fight and knocked down Kiladze again in the fifth round. Kiladze’s trainer threw in the towel later in the fifth round because Ajagba was landing a lot of hard, unanswered shots on Georgia’s Kiladze (26-5-1, 18 KOs) at Toyota Arena in Ontario, California.

The 6-feet-7½, 270-pound Cojanu (17-6, 9 KOs) took notice of Kiladze’s success against the 25-year-old prospect. The 32-year-old veteran’s confidence is higher than usual, too, because he had a full training camp to prepare for a fight FOX will televise as part of a tripleheader from Barclays Center in Brooklyn.

“Right now, I’ve had a great camp and I have an important fight in front of me. My night is coming this Saturday night. I believe it has all come together toward this moment.”

True, but you ain't the guy to spoil this