Cletus Seldin vs. Zab Judah To Have NABA Title at Stake

In the main event, 6-time world champion ZAB "SUPER" JUDAH (44-9 30KO's) is set to take on New York knockout artist, CLETUS "THE HEBREW HAMMER" SELDIN (23-1 19KO's), in a bout that has the boxing world ready for fireworks.

Both New York born fighters will be taking their shot at the NABA Super Lightweight Title in a 12-round bout. Judah enters this fight as a winner of his last two, by TKO and unanimous decision, respectively. 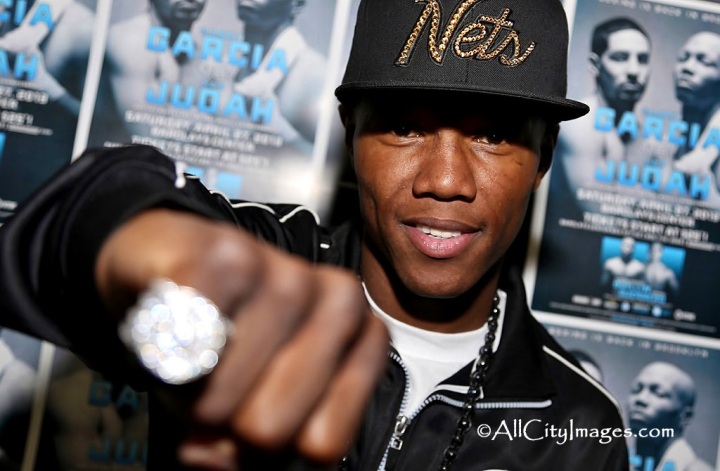 Judah's illustrious career includes an opponent list of elite boxing talent. With his eyes now set on a victory on June 7th, Judah hopes that it will lead to a super lightweight world title challenge in the near future.

Opposing Judah is New York, Jewish pugilist, Seldin, who has been feared as one of the hardest punching Super Lightweight fighters.  Seldin was one of the hottest prospects in NY and in 2017 he became the third ever fighter to make back-to-back featured appearances on HBO, alongside Hall of Famers, ROY JONES JR. and MIKE TYSON.

Seldin knows the kind of benefits that will come if he can add a victory against a world known fighter like Judah.

The co-feature bout, between undefeated Frenchman, DAVID PAPOT (22-0 3KO's), currently rated #8 by the WBA and veteran JAMES "BUDDY" McGIRT JR. (27-3-1 14KO's), will be for the vacant WBA Intercontinental and WBO International Middleweight Titles.

A win for either fighter will be a major step towards a future world title challenge. Papot, the current French Super Welterweight Champion, will be making his United States debut, against the veteran McGirt Jr., who will be fighting in front of his father, JAMES "BUDDY" MCGIRT, as he will be inducted into the International Boxing Hall of Fame on the same weekend.

so just heard roberto duran jr is gonna fight that night as well..... damn is there anyway to watch this? imo boxing should start televising the hall of fame events and fights etc