For the most part, the war of words between Claressa Shields and Laila Ali has played out in the open - but there were also some verbal jabs exchanged in private as well.

Ali, the daughter of the legendary Muhammad Ali, has been retired since 2007 - when she walked away from the sport with a unbeaten record of 24-0 with 21 knockouts. 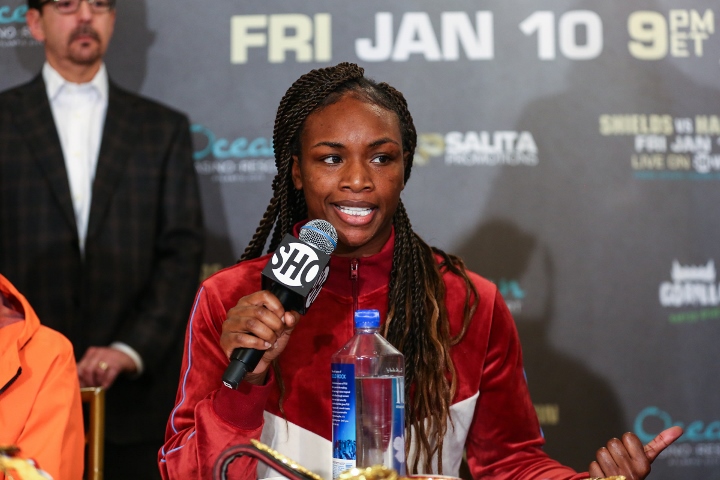 Plenty of words have been kicked around, including Ali - during an interview on "Sway in The Morning" - explaining how she could easily beat a fighter like Shields, who is undefeated and a two-time Olympic gold medal winner.

During the same interview, Ali claimed Shields had called her a bad businesswoman - something Shields says she never said.

Back in January, Shields sent a private message to Ali on social media, to try to clear up some of the misinformation.

According to Shields, Ali replied a few months later with some verbal fire.

"She goes, 'You are a real punk. Talking all that sh-t publicly but trying to make nice in private,'" Shields explained to TMZ Sports.

And Shields further states that Ali continued the incoming barrage by writing back - "I'm gonna teach you a whole lot of things that will make you a better fighter and person. Lesson #1: Learn to shut your mouth about money being there because it's not there until it's in an escrow account.

"I can see right through you and always have. So just be patient, and hopefully you will have the opportunity to try and knock me out. Even though you're not even hurting these soft girls you have been fighting."

Shields then responded to Ali - "I hurt everybody I fight. But the girls are way tougher now, and they don't go down now like they went down back in the day. Those bitches was soft."

One thing is certain - if the money is right, Shields is ready and willing to fight.

look let me show you my DMs, biatch move

Compared to Laila Ali, Claressa Shields is a character straight out of the movie Idiocracy.

[QUOTE=DumpkinsPlus5;20488706]Shields is being too desperate for a big money fight. She says she wants to go to UFC and fight Amanda Nunes. Then she wants to fight Laila Ali. Stop being so desperate, we see through you. Keep fighting who…