ATLANTIC CITY– Undefeated middleweight champions Claressa Shields and Christina Hammer went face-to-face one final time during a tension-filled official weigh-in for the most significant event in women’s boxing history. Both fighters made weight as the two champions aim to become the undisputed middleweight champion tomorrow in the main event of SHOWTIME BOXING: SPECIAL EDITION live on SHOWTIME (9:10 p.m. ET/PT) from Boardwalk Hall in Atlantic City, N.J. (photos by Stephanie Trapp).

Top American heavyweight prospect Jermaine Franklin will take on former No. 1-ranked U.S. amateur Rydell Booker in the 10-round co-featured bout while undefeated Swedish heavyweight Otto Wallin will battle highly decorated amateur Nick Kisner in a 10-round clash that will open the tripleheader. 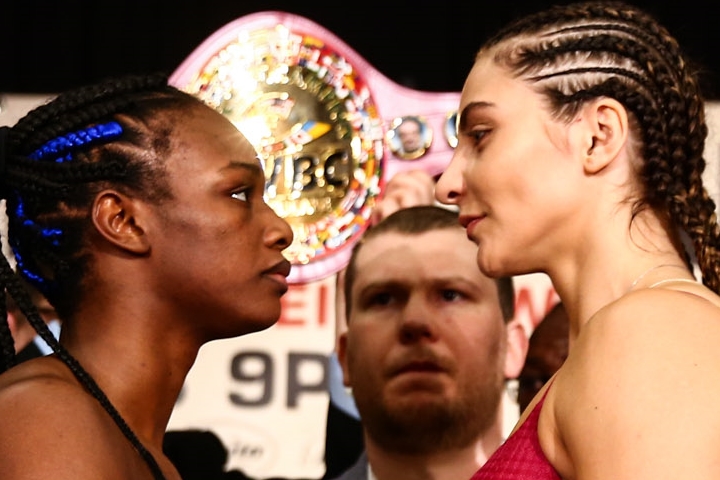 Tickets for the live event, which is promoted by Salita Promotions, are priced at $150, $100, $55 and $35 and can be purchased through Ticketmaster and at boardwalkhall.com.