Bracero, although much smaller, controlled the action with his boxing ability. During the fifth round, Bracero landed a vicious liver shot and that made Reyes go down to the mat for the full count.

Olympian Antonio Vargas (7-0, 3 KOs) dominated Aaron Lopez (5-3) on pace to a six round unanimous decision win.  Vargas was too strong and too good of a boxer. All three judges saw it 60-54.

Junior welterweight contender Yomar Alamo (15-0, 12 KOs) dropped Wilfrido Buelvas (18-10) twice in the first, then went wild with his punches and took several punches, but managed to put Buelvas away in the fourth.

Lightweight prospect Henry Lebron (5-0, 4 KOs) stopped Luis Diaz (3-6) in the sixth and final round. There was a flash knockdown suffered by Diaz in the third. Diaz began to take a lot of punishment in the sixth and the referee jumped in to wave it off.

Super featherweight Luis Melendez (1-0, 1 KO) made his pro debut with a vicious first round knockout of Vicente Loredo (1-2), who was knocked out cold with a series of hard hooks.

Featherweight Vladimir Nikitin (1-0), who is best known for winning a bronze medal in the 2016 Olympics with a controversial nod over Michael Conlan, made his pro debut with a six round unanimous decision over Edward Kakembo (10-5, 3 KOs). The scores were 60-52, 60-52 and 60-51.

Nikitin was unloading with some heavy punches on Kakembo in the first round. He had him hurt at the end of the second with a shower of hooks flying in. A flash knockdown was scored in the fourth round when Nikitin landed a good body shot. Once again in the sixth round, Kakembo was dropped from another body shot. Kakembo managed to survive until the final bell. 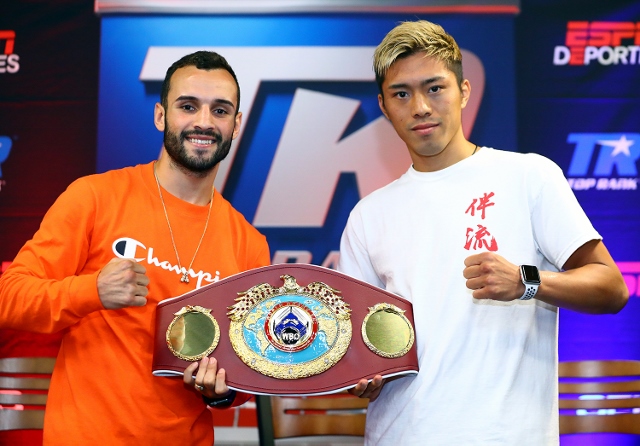