All it took was one boxing class, and Chris Shiflett was hooked. But once the solo artist and guitarist for the Foo Fighters was in, just working out wasn’t enough.

“I loved the workout, but once I started doing the workout, I got kind of obsessed with the sport and just started following it.”

You know what happened next. A couple White Collar Boxing fights, then Shiflett wanted to test himself on the amateur scene.

“You know how those things are – you find somebody that’s within five pounds and you weigh in,” he recalled.

As Shiflett warmed up, his coach at the time, John Bray, scouted the competition. Soon enough, he found someone for his charge to fight.

“There’s a guy over there that doesn’t have any fingers on his right hand,” Bray said. “Fight that guy.”

Shiflett was in, and the fight was put on the schedule.

“I’m hanging around and warming up, and then this other guy we were with comes over and he says, ‘I’ve been watching that kid you’re gonna fight, and he’s f**king good. Watch out – he puts it all on the left hand.’”

Taking that advice, Shiflett found out he didn’t need it in the opening minute of the bout. Then everything went south.

“For the first minute, I was kicking his ass,” he said. “I was jabbing the f**k out of him. Then out of nowhere, he just started lighting me up and he lit me up for pretty much the rest of the fight. He put it all on the left hand. (Laughs) I went into it cocky, thinking I’m gonna f**k this guy up, and he just schooled me. And he had no fingers on his right hand. That became the long-running joke with all my friends – you got beat up by the one-armed man.”

The first official fight of Shiflett’s amateur career didn’t sour him on the sport. But it was a reminder that to succeed in the sweet science, you had to have the sport flowing through your veins 24/7.

“When I was getting really into it, I was in my early 30s and I was training a lot and I was really into it,” he said. “I was going four, five days to the gym, and this was before we had kids and maybe up until I had my first son. I was going to these fights and fighting guys that were 19 and 20, and it wasn’t like a hobby to them. And that’s the real difference. White collar fights are one thing, where it’s like gym fights and you’re fighting against some other guy that’s like a hobby boxer. But fighting in the amateurs, I’m glad I did it for the few fights that I had, and it was a good experience and I’m a huge boxing fan, but it was very clear to me that I was not an actual fighter.” 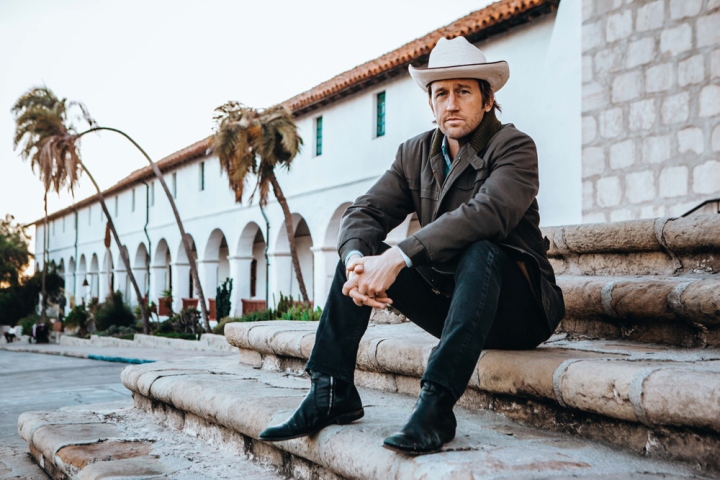 At least he had his day job to fall back on, and playing stadiums and arenas in perhaps today’s biggest American rock band isn’t too bad. He even used a break from his Foo Fighters schedule to record a stellar solo album, West Coast Town, which is garnering critical and popular acclaim. So life is good for the 46-year-old husband and father of three. But did he ever think of pursuing the ring any further?

“Not in any kind of serious way,” he said. “I think anytime you have a good sparring session, there’s somewhere in your fantasy mind where you say, ‘I could totally do this.’ But they say boxing’s not a sport, it’s a lifestyle, and it’s really true. You see a guy in the gym who looks like the greatest fighter ever, and then you see him on the low end of a fight card on ESPN2 or something, and he just gets destroyed. And it’s real clear how the real committed athletes that dedicate their lives to boxing, that’s a whole other thing that I was never going to be a part of.”

Shiflett still hits the gym and he’s as diehard a fan as he’s ever been, and that’s still a surprise when you consider that he didn’t even care for the sport as a kid, despite his brother Mike’s best efforts to bring him into the fold.

“He was a huge boxing fan all my life, and I wasn’t,” he said. “I didn’t really watch the fights growing up and he had them on the TV all the time, so you couldn’t help but see them and it was part of our family. He even got to see Muhammad Ali fight when we were back east. I was just always into music and I never cared about any sports, really. Growing up, I played soccer, but that was the only organized sport I ever participated in myself. I was not a jock or a sports guy at all. I never followed baseball, basketball or football, and I still don’t. But boxing struck a nerve. I don’t know why.”

It’s a question none of us can answer, but when the fights come on, we’re there. And Chris Shiflett, a rock guitar god of the highest order, is one of us. That’s pretty cool, isn’t it? So how can we let a diehard fan off the hook without asking for a prediction about the biggest fight of 2017?

“It’s a very, very interesting and great matchup,” Shiflett said of September’s showdown between Gennady Golovkin and Canelo Alvarez. “I’m a huge Canelo fan, I think that he’s an amazing fighter, and it’s basically a pick ‘em fight, but I favor GGG because when you see those two guys together, like when you saw them in the ring when they announced it, GGG is a lot bigger. I didn’t realize how much bigger. I always thought of GGG as not being a giant middleweight, but he looked pretty big standing in front of Canelo. And he’s obviously an incredible, world-class fighter, but he’s also got that one-punch, crazy knockout power and Canelo just doesn’t have that. I don’t see Canelo being able to hurt him. If Canelo wins it, I can see him outhustling him or using his speed or maybe outboxing him, and that’s theoretically possible, but my gut tells me that GGG is going to overwhelm him at some point. I don’t know if GGG knocks him out because Canelo takes a good punch and I’ve never seen him anywhere near hurt in any fight that I’ve seen. But I’m going with GGG, maybe by a late stoppage.”