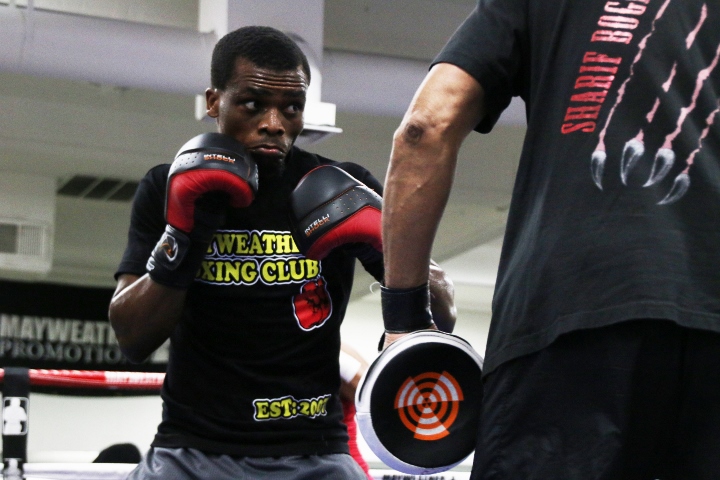 Tickets for the live event, which is promoted by Mayweather Promotions and Interbox in association with Matchroom Boxing, are priced at $200, $100, $50 and $25, on sale now. To purchase tickets visit www.ticketmaster.com, Ticketmaster locations, or call (800) 745-3000.

The 25-year-old Pearson will look to bounce back from his first career loss to unsurpassed Eric Walker in December with an emphatic victory on April 30. The Dayton, Ohio-born product previously picked up victories over Lanardo Tyner, Janks Trotter, Steve Martinez and Said El Harrak in the last two years after an outstanding amateur career in which he captured a National Championship in 2011. He takes on the experienced Okine, who is originally from Ghana but now fights out of nearby Silver Spring, Maryland.

A recent addition to the Mayweather Promotions stable, Bogere fights out of Las Vegas while proudly representing his native Uganda. The 27-year-old won his first 23 pro fights while picking up victories over Raymundo Beltran, Francisco Contreras, and Manuel Levya. He enters this bout on a four-fight win streak and will be challenged by the former African lightweight champion Amoako, who represents Ghana while fighting out of Silver Spring, Maryland.