Chris Kongo Confident That He Would Knock Conor Benn Out

Welterweight prospect Chris Kongo feels confident that he can and will topple Conor Benn - if the battle of unbeatens comes together.

Last month, Kongo stopped Luther Clay after being away from the ring for 16 months. He is looking to return on a date in November.

Benn is being positioned to fight Chris Jenkins for the British title in his next fight. Kongo expects Benn to win that fight. 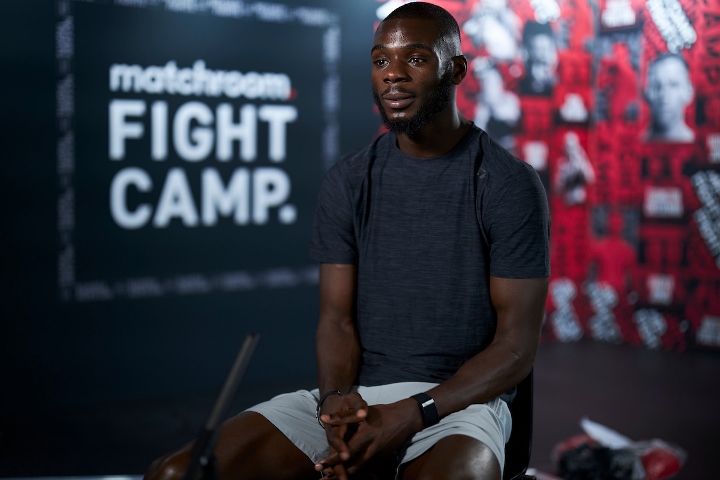 Kongo has already informed Benn that he wants to fight him.

In the past, Benn has mentioned Kongo as a potential opponent on several occasions.

Kongo is willing to take the fight right now or work himself into a mandatory position to face Benn for the British belt.

"I tweeted Conor Benn, I said 'I would love to fight you.' I believe that he's going to win the British title. If he can come and defend it with me, we'll get a big domestic clash going on. That would be great to see," Kongo said to Sky Sports.

"It's been spoken about a lot of times. A lot of people compare me to Conor Benn and now I've had the fight, my name is out there. People are saying that I'm the best welterweight in the division.

"For me, it's not about believing them, it's about believing in myself, and proving it. That's a fight where I know I can prove it to the people. Conor Benn says he actively wants to fight me and it's an easy fight to make, so let's see. But if I have to become mandatory for the position to fight Conor Benn, I will do that as well. Either way, I want to just get my hands on the British title.

"Me against Benn would be a wicked fight. I believe in myself. I'm big, tall and strong for the weight, and I can only see it going one way, with a knockout ending by Chris Kongo. Every little aspect plays a part in my boxing. My experience, my size, and my power. It will be a one-sided fight."

[QUOTE=Mindgames;20772904]I think it's that thing where your dad's rep gives you a big head. He did seem to have abit of introspection after nearly coming unstuck against the Belgium, who's name escapes me. But yeah, i think he's not really…

[QUOTE=RJJ-94-02=GOAT;20772009]I can’t take to the kid tbh, just comes across arrogant and self entitled. He talks like he’s actually earned his stripes when in reality without his second name being Benn he’d struggle to win an area title. I feel…

2 bums who cares Wait till Pat Mccormack turns pro next year, that will be a REAL top welterweight prospect. I'd imagine he'll be fast tracked.

[QUOTE=deathofaclown;20772327]True. I’ll be very surprised if he wins a British title unless it becomes vacant and Hearn wangles him a very easy fight. He always strikes me as a guy who probably realised he’s not clever enough to have a…