Chris Billam-Smith says there is no risk of him facing his stablemate Lawrence Okolie any time soon, as his fellow cruiserweight has his eyes on moving up to heavyweight.

Billam-Smith defends his Commonwealth cruiserweight title against Nathan Thorley at Eddie Hearn’s Fight Camp on Friday night. Victory could push him towards a European title fight, possibly against Tommy McCarthy. 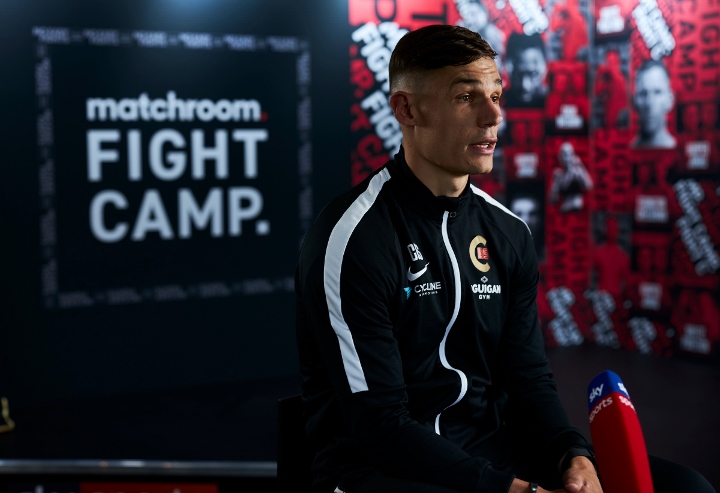 The title is currently held by Okolie, who, like Billam-Smith, is trained by Shane McGuigan. Okolie is lined up to box Krzysztof Glowacki for the vacant WBO title and Billam-Smith said he is never likely to meet his training partner in the ring because of Okolie’s ambitions as a heavyweight.

“The plan when Lawrence joined was to move on quickly,” Billiam-Smith said. “Obviously, he did that by winning the European title and is moving on to world honours.

“I was well aware that I wasn’t at that stage yet. Then he is looking at moving up to heavyweight when he has won a world title and maybe unified it.”

Okolie and Billam-Smith are not the only ones in camp with McGuigan at the moment, with Luke Campbell another one who has been putting in the hours in the gym in Kent.

“I’m very luck to have so much talent in the gym,” Billam-Smith said. “It’s really buzzing and the vibe is very good.

“I don’t think I’ll ever fight Lawrence, but the experience of sparring with him has been brilliant and we have brought each other on.

“All the titles he leaves behind, I plan on picking up.”

[QUOTE=PBR Streetgang;20694585]I like CBS, good fighter. Despite the loss to Riakporhe, I think he can be pretty good and I would expect him to win the rematch should they ever fight again. I'm not so sure about Okolie's prospects at…

I like CBS, good fighter. Despite the loss to Riakporhe, I think he can be pretty good and I would expect him to win the rematch should they ever fight again. I'm not so sure about Okolie's prospects at heavyweight.…