Chocolatito Would Love To Land Spot on Canelo-Golovkin Card

The second fight will take place on May 5th, with the venue not yet announced but likely to take place at T-Mobile Arena in Las Vegas.

Canelo and Golovkin fought to a controversial twelve round split draw in September, also at T-Mobile. 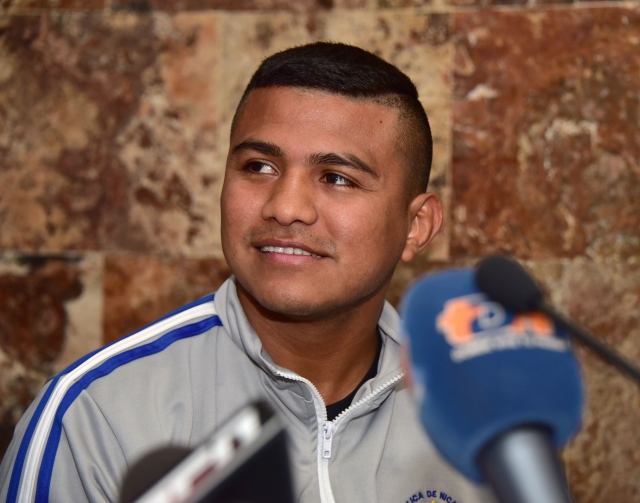 Gonzalez is currently training at the Roger Deshón gym in Managua, under the orders of renowned national coach Gustavo Herrera and physical trainer Alfredo Corrales.

The boxer is working hard for his comeback in the coming months. He's motivated to recover from a disastrous 2017 - after suffering his first career defeat to Srisaket Sor Rungvisai in March and then got knocked out cold in four rounds in their fall rematch.

The boxer and his team are really hoping to get a slot on the Canelo-Golovkin bill, which is being carried by HBO Pay-Per-View.

"There is a possibility that Roman will fight in May as part of of Golovkin-Canelo," Blandón said about the participation of the four-time champion on the mega-card on May 5.

"[You] know the relationship that exists with our promoter, Teiken Promotions, and K2 Promotions. Tom Loeffler, the promoter of Gennady Golovkin, expressed interest to us to have Roman on that card. For us, it would be an honor to share the card with him (Golovkin), but nothing is confirmed. We are in negotiations, but it would not be a match for a title."

On the other hand, Blandón confirmed that González was invited to be a part of the Superfly 2 card, which is scheduled to be held on February 24 at the Inglewood Forum in Los Angeles, California, where Sor Rungvisai will defend the 115-pound title of the World Council of Boxing (WBC) against Juan Francisco "El Gallo" Estrada.

"We were invited to be a part of the Superfly 2 card a while ago. We are definitely interested in being there [to watch the show], but that will depend on the location of where we do the training camp. There is a possibility that it could be in California, and if that is the case it would be easier to attend. If the camp is done in Costa Rica then it could be a bit more difficult due to the fact that we would have to travel and we would already be focused (only) on the training. We are interested in the result of the fight between Estrada and Sor Rungvisai, but right now it is not the fight that we want," Blandon clarified.

[QUOTE=Kali_KO;18450274]Manny was KOd much worse and came back to be in the biggest fight in boxing. Would be a great addition if they can put Chocolatito on that show, he is still a fan favorite![/QUOTE] Manny is a much bigger…

[QUOTE=SUBZER0ED;18449436]Name a fighter who looked defeated before he even got in the ring, got KTFO and got on a PPV card his very next fight. AND it wasn't for a chance to get his title back. You don't think he…

Hope he lands. His fights are always quality, he deserves it, and Canelo can use a quality undercard fighter instead of the garbage they put on last time.

That would be dope he fought a live body.

[QUOTE=Kali_KO;18450274]Manny was KOd much worse and came back to be in the biggest fight in boxing. Would be a great addition if they can put Chocolatito on that show, he is still a fan favorite![/QUOTE] Two different fighters, you can't…