Chocolatito Finds His Old Self Again In Texas

FRISCO, TX—Forty eight hours before fight day, Roman Gonzalez is asked how he believes he will defeat Kal Yafai, in tactical terms. Gonzalez slings his left arm back behind his chair, slumps back casually and laughs as he simply says “I've got to throw a lot of punches.”

“Chocolatito” wore a look and demeanor just like that all through fight week. The look you develop when you've become better than anyone else in the world at something, as Gonzalez has with the sport of boxing. Narrowed, confident eyes one has when they know something is coming that others don't, but a grin that says “I won't brag about it.” That look, combined with a shiny yellow sublimated tracksuit from Japan that was markedly more stylish than anyone else's on the show (with all due respect to Mikey Garcia's rodeo ring jacket), screamed “greatness.”

Gonzalez, as it turned out, knew something we all didn't: he is in fact still great.

Chocolatito buzzsawed right through Kal Yafai, then the UK's longest-reigning world champion, in nine rounds on Saturday night in the co-feature of a DAZN-broadcast event in Frisco, TX to win the WBA super flyweight title.

We all should have given Gonzalez the respect of not writing him off. Even this writer toed the line of eulogizing him ahead of the fight. It was hard to imagine the man laid flat in the middle of the ring after  a Srisaket Sor Rungvisai right hook standing up and looking like his old self ever again. It was too violent, too conclusive an image. It's understandable to think that a fighter won't ever fully recover from an ugly knockout—it's a physically and mentally perilous thing to endure.

But the legends sometimes can, and have in the past gone on to enjoy more great nights, and even great years, and Gonzalez is indeed a living legend. Manny Pacquiao, Roberto Duran, Thomas Hearns, Joe Louis, Emile Griffith, Lennox Lewis and more all came back from devastating knockout losses and the ensuing doubt about their abilities. Chocolatito deserves the same first-ballot induction into the International Hall of Fame as all of them received or will receive, and as such, deserved the benefit of the doubt. There are probably fewer examples of all-time great fighters suffering knockouts at a time when they were still considered the best in the world and then just extinguishing altogether. The images of Roy Jones and Donald Curry stick in our minds, but we forget about what greatness can generally achieve. As color commentator Sergio Mora exclaimed during the fight's conclusion, “all great fighters have one more great night.”

There was statistical evidence to suggest he wasn't washed up as well. According to CompuBox, heading into the Yafai fight, Gonzalez threw 11 fewer punches per round at 115 pounds, but actually landed power shots at 44.3%, compared to 43.2% at 112 and 108, suggesting he was mostly the same fighter except that he got knocked cold by a bazooka-caliber puncher in Srisaket.

“(I won't) take away from anyone’s merit, that was a brilliant night for him. But that’s how things go. The important thing is to be able to get up and continue on,” said Gonzalez of the Srisaket knockout. 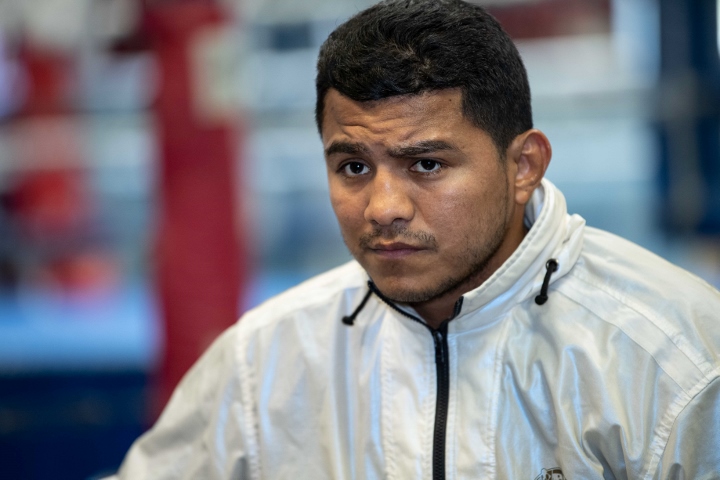 There were real-life circumstances at play that could have sapped Gonzalez's will to continue on. The loss of his mentor Alexis Arguello, his longtime trainer Arnulfo Obando and also a torn meniscus would be enough to make most people fear deep connection and failure. Gonzalez admitted to drifting into the Srisaket bouts without much of a game plan, and without a scheduled workout plan. Then he met new trainer Marcos Caballero, who helped bring in a new physical trainer and a scheduled training system appropriate for a fighter in his 30s. Gonzalez even opened himself up to emotional connection with a trainer again. Caballero, an avid home chef, said he first truly connected with Gonzalez through cooking, making the champion his favorite meal, spaghetti bolognese whenever he wanted it.

What Gonzalez really discovered was the desire to feel like himself again. Not like the man who all but mindlessly limped and wandered into a fight and sacrificed himself for a knockout in 2017, but like the man he could and would be: a man who strutted across the turf in Frisco to the sounds of a salsa ballad with a look that told you he knew that if all things were equal, he could potentially beat up any fighter on the planet.

On Saturday, Gonzalez looked like the same guy you'd stay up a few extra hours for, hoping someone would upload his fights to the message board back in 2010. Like no one else we've ever seen. Throwing punches in combination with the carefree looseness of a fighter shadowboxing in their handwraps, except doing it in front of a world-class opponent and landing damn near half of them. And when he landed the final right hand that almost sent Yafai out of the ring, he raced right over to his fallen opponent to comfort him, simultaneously pleased and sorry for what he'd done.

Chocolatito now re-enters the discussion amongst the top 115 pounders in the world, a picture that includes Srisaket, but also Kazuto Ioka, Donnie Nietes and his old rival Juan Francisco Estrada, whom he's conquered before. For all the talk about Gonzalez's advanced age at 32, his contemporaries are around his age or even older--Estrada is 29, Srisaket is 33, Ioka is 30, Nietes is 37. There's a distinct possibility, specifically if he beats Estrada once more, that he can again be universally considered the best 115 pounder in the world.

Big props to Chocolatito!! I had no other thought leading into that fight that it would end any other way. Especially after the way he looked in his last bout. Nothing against Yafai, just there was nothing Yafai could offer…

Really happy to see Chocolatito back with a good win.

WAR CHOCOLATITO FOREVER!!!! If you don't appreciate him as a boxer, you don't know boxing and you're probably an a-hole. I say he beat SSR pretty clearly the first fight (SSR did more fouling than clear punching). The 2nd fight…

[QUOTE=Adamsc151;20438278]Guessed that after I saw your other reply, lol. Long and short of it was the best Yafai was never going to beat the best Chocolatito; who wasn't as far past his best as Yafai thought.[/QUOTE] Or anybody else for…

[QUOTE=theface07;20437905]I hear what you're saying but I don't think, Yafai was going to beat Chocolatito regardless of his gameplan. Yafai thought he was facing a faded fighter but I'm sure he trained well regardless, knowing what Chocolatito is capable of.…