Ted Cheeseman and Asinia Byfield finally have a date for their fight.

The super-welterweight duo had been set to fight in London on October 20.

The vacant British title will be at stake when the pair meet –– but it will be later than planned. 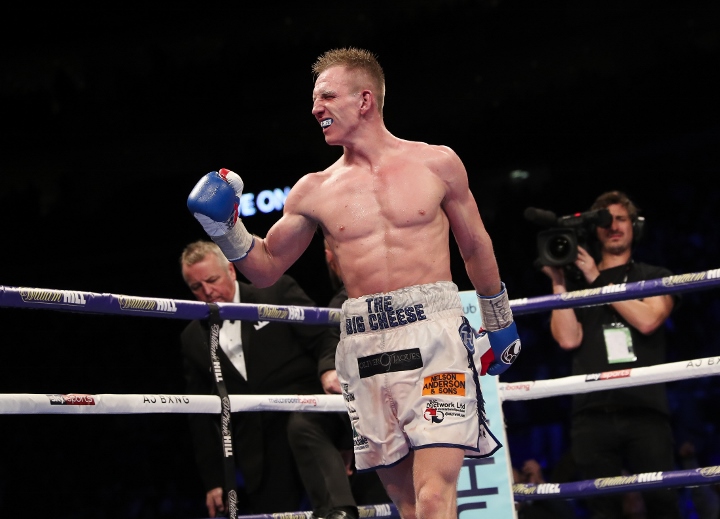 Due to Eddie Hearn and Matchroom Boxing having a show in the USA on the date Cheeseman’s fight with Byfield was scheduled, it has been pushed back a week to October 27.

Cheeseman, the WBA International champion, was last in action in June at Bethnal Green’s famous York Hall venue when he ousted Paul Upton inside four rounds to make the first defence of his fringe WBA crown.

Byfield, the once-defeated former Southern Area champion, has been out since last October.

But the Reading man, 29, will come up against Bermondsey’s 22-year-old Cheeseman at the Copper Box Arena in London, exclusively live on Sky Sports.

The full card has yet to be formally announced, but what we do know is that a deal has been done for Jordan Gill to challenge Ryan Doyle for his Commonwealth featherweight title on the bill and Ryan Walsh will face Isaac Lowe in a rematch as he looks to make another defence of his British title at 126 pounds.

Boxing Scene understands that the winner of each of the two featherweight contests will then meet in a showdown for the British and Commonwealth titles.
Further details regarding the show will be revealed in due course.

Excellent fight & I see the Big Cheese coming out victorious. I'm just surprised that Fa$t £ddie isn't showcasing Ted, Okalie, Ritson & Buatsie ETC on some of his US cards!

Decent set of fights there. Like a bit of Cheeseman and being a reading man I’ve followed Byfield for a little while. I expect Cheeseman to win handily but there is something about our Byfield. He has a looseness and…