Chavez Sr: Today My Brother Was Killed, Tomorrow it Could Be Me

Hall of Famer Julio Cesar Chavez Sr. is calling on the entire country of Mexico to unite together against the increase of violence and murder.

Sinaloa state prosecutor Juan Jose Rios said in a news conference that two men entered the rear of Rafael Chavez's house in Culiacan on Sunday night. One was armed and demanded money. Some amount of money was handed over, but they demanded more, Rios said. When Chavez resisted he was shot. 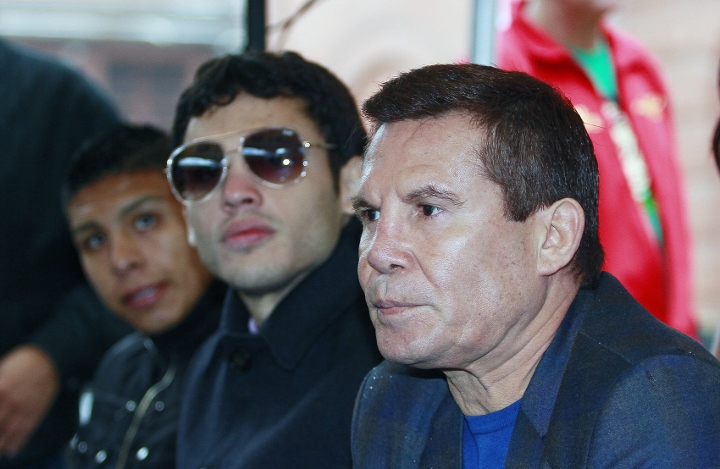 Murders are up significantly in Mexico this year. During the first five months of 2017, there were 9,916 killings nationwide - an increase of about 30 percent over the 7,638 slain during the same period last year.

Chavez Sr., the most recognizable and most respected figure in Mexican boxing, is tired of the senseless violence that is plaguing his country.

Citing a lack of motivation from the local authorities, Chavez Sr. has already promised to personally track down his brother's killers.

"[The police] could not identify any of them, but we have clues and I'm not going to let them know [by telling the media], but it's all very advanced, thank God, and this is not going to go unpunished, I swear - because unfortunately there has been a lack of security in Culiacán and not just in Culiacán... this is happening throughout the Mexican Republic and I think we must unite, all Mexicans, to fight against this, to support each other because it seems that there is no government," Chavez Sr. said.

"The increase of murders, uprisings are increasing. Today it was my brother, maybe tomorrow it will be me. I am very outraged. All we know is that they were three boys, one stayed outside, two came in, they asked for the money... at that moment I do not know how much my brother gave them and they wanted to get more out of him and since he didn't have it - they gave him bullets."

"My brother dedicated to helping people who have problems with alcohol and drugs or any type of addiction. Thanks to my recovery he could also recover, and the saddest thing is that he lost his life for some drug addicts. We do not know who they are, but we will find them."