Chavez Jr: I Have 4 or 5 More Years To Show That I Can Do More

The fight will be carried on Azteca 7 and Canal Space, through Zanfer Promotions. 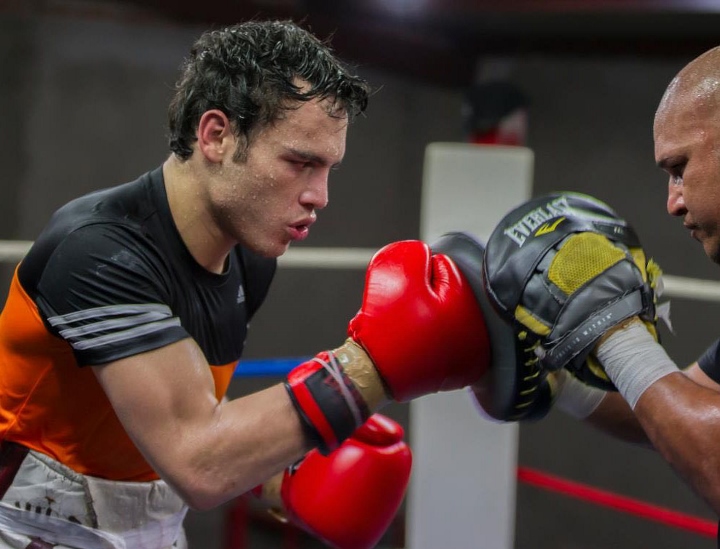 Chávez Jr, the son of the living legend Julio César Chávez Sr., said last night that he is determined to resume his career and says he's dedicating everything entirely to the world of boxing.

“I feel good because I have always learned from each fight and I am at a time when I know with more certainty what I want from my career. I am no longer playing around, as I know I did at some point, especially after the fight with Sergio Martínez - that I stopped thinking 100 percent about boxing. That is why I know that I'm on time to resume my career,” said Chavez Jr.

Chavez Jr, who was crowned world champion after defeating the German Sebastian Zbik on June 4, 2011, states that the best of his career, the best version of Chavez Jr. has not been seen.

“I know that I have not given my best, I think and I am convinced that I can give more and that the best of Julio César Chávez Jr. is still to be seen. I am not a rookie, I am 33 years old, but I am not finished and I know I have four or five more years to prove what I know, what I am and what I have because now I am going to focus totally on boxing and win a second world championship," Chavez Jr. said.

He should've been done once he quit vs fonfara. But no, he had to be granted a scam of a pay day vs Canelo and then completely shat the bed by not even trying. If you care about this schmucks…

Jr + a level of dedication akin to his father or anyone like Loma would have been a force. But it didn't happen, so with a bit of maturity now Jr. is wallowing in what could have been, but too…

With his past schedule as a example in five years we can expect 2-3 fights . Once he steps up loses UD