Former WBC middleweight champion Julio César Chávez Jr. is ready for what he calls the fight of his life, scheduled for this Friday in Phoenix, Arizona.

He says that in order to get mentally ready, he has the attitude of 'Kill or Die' when he enters the ring, for a contest agreed up at the super middleweight limit of 168-pounds, against fellow former champion Daniel Jacobs.

Coincidentally, the fight will be held at the Talking Stick Arena in Phoenix, the same arena in which Junior's father, the legendary Julio César Chávez, last fought as a professional when he was stopped in five rounds against Grover Wiley. 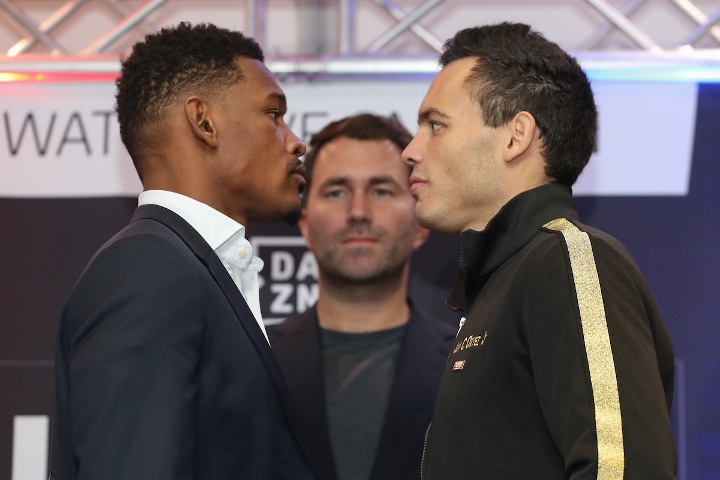 For Jacobs, on the other hand, this will be an opportunity to make a statement in his super middleweight debut. He confessed that for his last few fights at middleweight, he had to drain his body in order to make the weight limit.

"When we talked about returning to the ring, we analyzed all of the scenarios. There was the possibility of securing lower risk fights, but we realized that to have the motivation we needed, the risk that Daniel Jacobs represented was going to be enough, and we know that no there is room for error, but we also know that winning will open all doors," Chavez Jr. told ESPN Deportes.

Chavez Jr. was also very happy when he received the news that he won a temporary restraining order in court, forcing the Nevada State Athletic Commission to withdraw the temporary suspension he suffered for refusing a doping test in October, and for that he thanked his lawyer ( Miguel Leff) and others involved, because finally he can focus on making the weight for the fight with Jacobs.

"I'm ready for Friday, I hate dieting, I'm hungry, but I'm ready. Jacobs is a good fighter, but I'm 100 percent ready for this fight. I know him, I've seen him in a couple of fights, when he lost with Pirog and Canelo. This is a great fight for people, thanks to my lawyer Miguel for helping me in this case with the Nevada Commission, I have nothing more to say, I'm ready, I came to win this fight," Chavez Jr. said.

As much as I admire the pops. No way Jr beats Jacobs , no way

Don't be surprise if Chavez wins, Why wouldn't he fight Benavidez? One thing about Chavez is that he doesn't avoid anyone.

Chavez jr. Has zero chance. He has never had any boxing arguments to lead one to believe he can beat Jacobs. In fact he has demonstrated mental chasms where he won’t let his hands go as in the canelo fight.…