The time has come for Manuel Charr and Trevor Bryan to step either into the ring or away from their title reigns.

A final order has been issued by the World Boxing Association (WBA), whom absurdly recognizes both heavyweights as secondary titlists and has called for the pair to honor their outstanding agreement. Hall of Fame promoter Don King is required to submit signed contracts to the sanctioning body that the bout will take place no later than January 29th, 2021.

“The bidding for this mandatory title fight took place [on] March 2nd in Panama City,” Carlos Chávez, chairman of the WBA Championship Committee noted to both camps via official letter, a copy of which has been obtained by BoxingScene.com. “[A]ccording to the organization’s rules…the Purse Bid shall have all bout contracts properly signed and delivered to the Championships Committee Chairman no later than twenty (20) days from the date on which the winning bid is awarded.

“However, in this case, the pause in boxing due to the pandemic prevented such procedure from being carried out normally, so it was put on hold. Now that most countries have opened their borders and boxing is taking place around the world in a considerable volume, it is a good time to resume the process.” 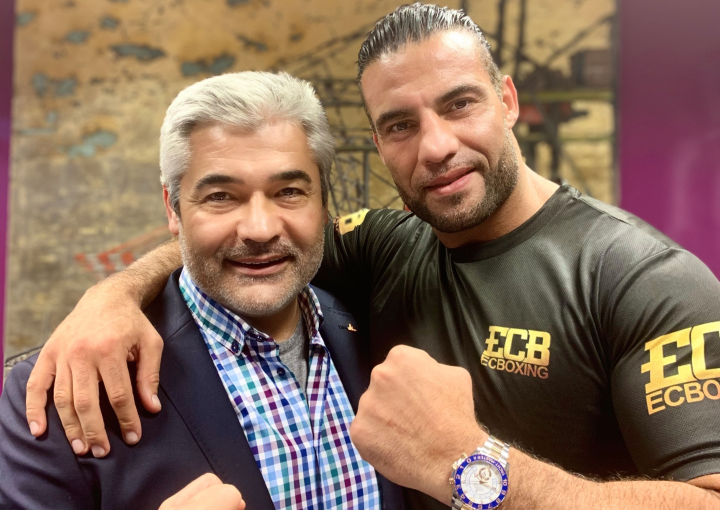 King submitted a whopping bid of $2,000,000 to secure the rights to the fight which at the time he claimed to have intended to stage on May 30. There appeared little hope of the fight seeing the light of day given King’s inability to deliver fights over the last decade, less so during the ongoing coronavirus pandemic.

Boxing has since resumed, though with this fight no closer to making its way to a schedule than was the case mine months ago. In fact, Bryan (20-0, 14KOs) saw his name linked to a voluntary title defense versus Christopher Lovejoy, an unbeaten but unheralded challenger whose signed title shot disallowed him to take part in a planned clash with England’s Dave Allen earlier this month.

Bryan won his portion of the WBA heavyweight title with a 4th round knockout of BJ Flores in August 2018. The 31-year old from Schenectady, New York has yet to make a single defense of his interim title.

The same applies to Charr (31-4, 17KOs), a 34-year old Sryian heavyweight now based out of Germany who has not fought since outpointing Alexander Ustinov in November 2017. The win netted him the WBA “World” heavyweight title, a secondary version to the “Super” title held by England’s Anthony Joshua (23-1, 21KOs) who also owns the WBA and IBF belts.

Charr since signed with Erol Ceylan’s EC Boxing company, who at one point claimed to be negotiating a fight with former unified heavyweight titlist Andy Ruiz. In order for such a bout to take place, he would have to either first go through with this fight or hope that Bryan chooses to go in a different direction.

For now, the pair of long inactive heavyweights are bound to each other and officially on the clock.

“Should any or both fighters (Charr – Bryan) fail to sign the contract, he or they will lose their position as champion or/and mandatory challenger,” notes Chávez. “The communication, which was sent to all parties via email, also highlights that the bout shall be conducted under the rules of the WBA, with the respective appointment of officials.

“It also states that that the laboratories to be used for anti-doping tests should be certified by VADA/WADA in order to be accepted. The WBA is waiting for a response from Don King Promotions and wishes that the fight can be carried out as arranged in the bidding.”

The winner of the proposed consolidation clash theoretically will become the mandatory challenger to Joshua, whom next faces IBF number-one contender Kubrat Pulev (28-1, 14KOs) on December 12 in London.

[COLOR="Indigo"]If I remember correctly Oquendo held up the regular title for years with litigation and won the forfeited his status because he refused to fight steroid abusers without added testing. No real reason to give a **** about this fight.…

[QUOTE=Satir;20921043]Bumsquad should get in the mix, him, Oquendo, Char and Bryan in a mini-tournament for the WBA mando spot[/QUOTE] Hahaha, this made me laugh

[QUOTE=denium;20920746]You're completely obsessed with Trump, seek help dude.[/QUOTE] not really i thought it was a good metaphor since everyone knows trumps a complete failure so it was fair to compare him to don king who hasnt been relevant in about…

[QUOTE=K Man;20922504]No way. All old and washed out and Oquendo has been waiting 6 yrs for this opportunity. Battle Royal needed to clean up THIS mess. ..Ugh[/QUOTE] Charr? Bryan? Oquendo? Who GAF? All three are hot garbage. Ef the WBA…

No way. All old and washed out and Oquendo has been waiting 6 yrs for this opportunity. Battle Royal needed to clean up THIS mess. ..Ugh