According to ESPN Deportes, the World Boxing Council extended the period of free negotiations for another week so that the representatives of the organization's flyweight champion, Charlie Edwards and the official challenger, Julio Cesar 'Rey' Martinez, can reach an agreement to make the mandatory defense before heading to a purse bid.

Originally the purse bid was budgeted to be held on June 7, but both Eddy Reynoso's company and Eddie Hearn's Matchroom Boxing requested at least one more week to carry out the discussions pending agreement and to prevent anyone else from bidding on the contest.

Edwards (15-1, 6 KOs), who won the championship by dethroning the Nicaraguan Cristofer Rosales last December, and made the first successful defense against Angel Moreno on March 23, 2019 by taking a unanimous decision. 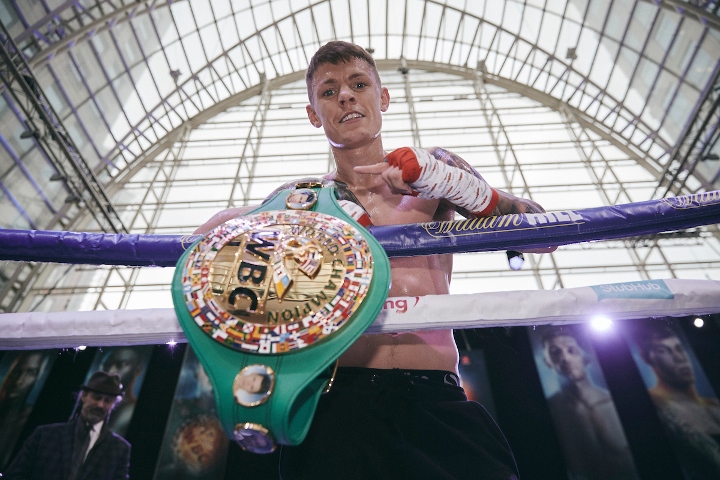 Edwards is ready to make the mandatory defense despite the fact that he expressed his desire to unify with Moruti Mthalane.

Martinez (14-1, 11 KOs) knocked out Welshman Andrew Selby in five rounds in March to take the mandatory challenger position, since the battle had been a final eliminator, and since then raised his hand to go in search of the green and gold belt at 112 pounds.

This week the negotiations intensified and Eddy Reynoso sent a proposal to do it on Mexican soil, according to sources close to the discussions, while Eddie Hearn was also about to make the proposal to take the contest to English soil, home of the world champion.

Another possibility could be that the fight takes place on US soil, where they have already worked on some occasions, since the last two rivals of Canelo, who is managed by Reynoso, have been promoter by Eddie Hearn's company.

In the event that there is no agreement, the WBC will designate a new date for the purse bid.

[QUOTE=Mick Higgs;19829453]This fight needs to be on neutral ground & not just for fairness. Charlie's talking about unification's & he's not going to get all of those in the UK. Pro fight atmosphere is very different to Amateur & he…

This fight needs to be on neutral ground & not just for fairness. Charlie's talking about unification's & he's not going to get all of those in the UK. Pro fight atmosphere is very different to Amateur & he needs…