Charles Martin: This Has Just Given Me More Confidence

"I knew that I had him hurt a few times in the fight,” said Martin. “Every round I think I hurt him, but I just couldn't finish him. I knew that I had to take my time in there. It took me some rounds to catch up with him, because he's very quick on the retreat.” 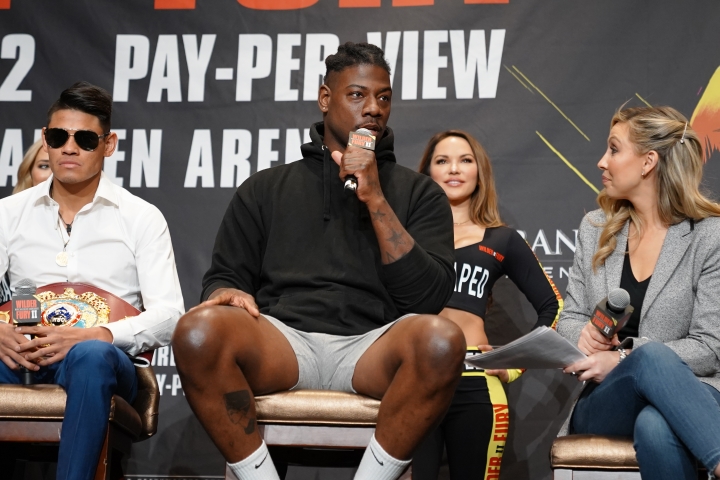 Martin landed a powerful left cross late in the round to send Washington to the mat, eventually forcing referee Tony Weeks to wave off the bout 1:57 into the round. The victory is Martin’s third-straight since the beginning of 2019.

"The referee did what he thought was right,” said Washington. “He's a top notch ref so I won't complain about the stoppage. He put me down and I got up, so I definitely wanted to get back to it."

Martin believes that he answered a lot of critics, and questions in his own head, with this victory.

"This win means a lot,” said Martin. “It shows that I've been working hard. The people can see it. I was never hurt at any point. This has just given me more confidence in myself. I can take the punches and give the punches."

[QUOTE=JakeTheBoxer;20428384]Martin - Kownacki 2 please, or Martin against Ajagba, Breazeale.[/QUOTE] I'm in for the Martin vs Ajagba fight, too.

[QUOTE=juggernaut666;20427899]You have no idea what you're looking at when southpaws are fighting . He has one of the shortest sharpest left hands coming in straight off that awkward angle, if you are a boxing fan and like boxing study footage…

[QUOTE=PunchyPotorff;20427894]Stop lying. You've went on and on with your negative b.s. about the guy for the entire thread. Just give up, clown. You're accomplishing absolutely nothing here.[/QUOTE] Dear Santa Potorff, I promise that I will be a good boy from…

[QUOTE=alexguiness;20414784]Martin has a horrible, off balance, jerky style. Seriously he is awful. The fact he was paid over $300k to fight is amazing to me.[/QUOTE] You have no idea what you're looking at when southpaws are fighting . He has…