Charles Conwell was scheduled to fight this spring in what would have been his second fight of the year. However, Conwell's fight was scrapped like so many other boxers' fights when the Covid-19 pandemic battered the United States.

The sport of boxing is just now restarting as promotional entity Top Rank was the first promoter in the United States to start putting on shows in early June and is putting on 2-3 shows a week through at least the end of July. Other promotional companies are expected to follow suit and start back up in late July or August.

The fights are being held without fans in attendance and when Conwell finally gets back in the ring he will likely be fighting in an empty studio.

"It will be kind of weird but I always tune out the crowd. I don't really notice it until the end of the fight," Conwell stated when asked what he thought of fighting without fans. 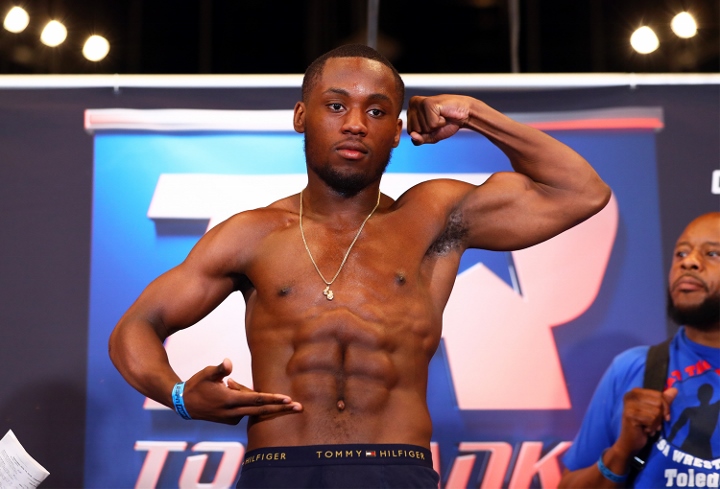 So far there haven't been any big fights scheduled and what we have seen are prospects fighting other prospects or champions in showcase bouts.  The biggest fights require fans in attendance so that the revenue generated from ticket sales can help cover the bigger purses.

Conwell believes that while the bigger fights may not happen for a while, it is the perfect time for fighters such as himself to step up and graduate to the next level.

Last year Conway was part of a tragedy when he defeated Patrick Day via 10th round knockout in October.  4 days later Day would pass away from injuries suffered in the fight.

Naturally the death was very hard on Conwell. He was able to return to the ring in February when he stopped Ramses Agaton in 4 rounds just before the covid-19 pandemic stopped the sports world. He said it was very important for him to get that fight in to help him move on from the tragedy.

"That was a real big thing. It helped me get past the prior situation to be honest. It was a relief. I was able to keep my mind set on the fight," said Conwell.

Big fights won't be back any time soon doe.

He's right. Everybody else waiting to get full pay