Chantelle Cameron: I'd Fight Katie Taylor in August, KO Win is There For Me!

Chantelle Cameron is ready and willing to step in to face undisputed lightweight champion Katie Taylor in August – and is confident that she would be able to knock Taylor out.

Undefeated Cameron (12-0, 7 KOs) has looked sensational in her career so far, and is currently mandatory for world titles in two divisions following impressive wins over Anisha Basheel and Anahi Ester Sanchez in 2019.

With lightweight queen Taylor (15-0, 6 KOs) currently without an opponent for her title defence at Matchroom Fight Camp on August 22, Cameron is more than happy to take the fight, and is certain she would be victorious. 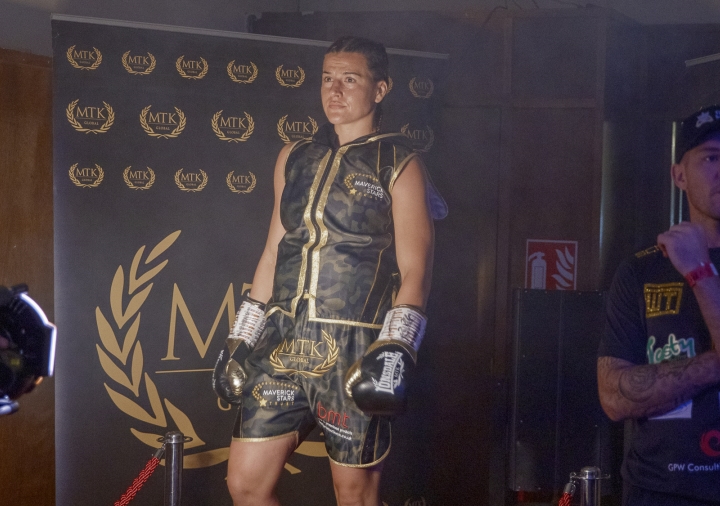 Cameron said: “I’d absolutely love the chance to fight Katie Taylor in August. I’ve made it very clear that Katie Taylor is my dream fight, so if I get that fight I will be ecstatic. I think I’ve got a great chance of winning it, so getting it in August would be a dream come true.

“I think the key factor against Katie would be the pressure. I’m a pressure fighter and I don’t take a step back. I don’t think Katie deals with pressure well, and I’ve got the power to hurt her too.

“I’ll be relentless and in her face throwing big heavy punches, but I do have a boxing skill set as well. I can box, I can mix it up, and I think Katie’s strengths and my strengths make for a good entertaining fight.

“It would be a great clash of styles, and I do think I could get the stoppage over Katie. After seeing some of her recent performances I think the stoppage is there for me.

“For Britain it’s a fight that everybody wants to see. It would be a very competitive fight and would be brilliant for women’s boxing. People may say my profile may not be as big as Amanda Serrano or Delfine Persoon, but who had seen Persoon box before she fought Taylor?

“Who had seen Jessica McCaskill box before she fought Taylor? It shows that Taylor has boxed a lot of people with less of a profile than me.

"My dream in boxing is to become undisputed champion, so to have the fight with Taylor with all the belts on the line at once would be a fantastic achievement. I’m from Northampton which is small town and to put Northampton on the map would be great.”

No lie, when I first glanced at the title of the article, I thought it said, “I’d Fcuk Katie Taylor In August.” I was thinking to myself, “me too man. Me too.”

[QUOTE=Buggy bear;20637372]her last 2 fights have been with MTK global[/QUOTE] This should be an easy fight to make

[QUOTE=rudy;20637303]Who is Chantelle promoter this is a good fight[/QUOTE] her last 2 fights have been with MTK global

Who is Chantelle promoter this is a good fight

Katie Taylor is a total FRAUD