Chantelle Cameron Back, May 18 On Glasgow WBSS Card

Chantelle Cameron will be back in the ring next weekend.

The 27-year-old from Northampton was in action just last month.

Cameron took out Feriche Mashauri inside two rounds at York Hall in London, exclusively live on iFL TV in the UK. 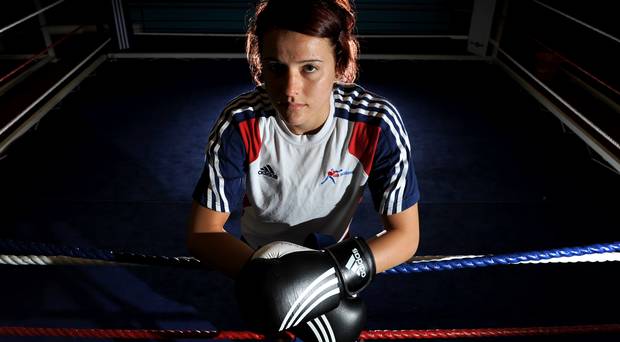 The lightweight, now trained by Jamie Moore and Nigel Travis and managed by MTK Global, swiftly had her next fight confirmed – back at the Old Ford Road venue in Bethnal Green against Aneesha Basheel on June 28, exclusively live on ESPN+ Stateside, in an official final eliminator for the WBC female lightweight title.

But ‘Il Capo’ will warm-up for her biggest fight to date on May 18, exclusively live on Sky Sports in the UK and DAZN Stateside, at the SSE Hydro in Glasgow, Scotland.

She will fight on the undercard of the World Boxing Super Series at the venue which will see Josh Taylor take on Ivan Baranchyk in a challenge for the IBF world title at super-lightweight.

The fight will double up as a defence of Taylor’s WBC Silver title and the card is also graced with the presence of pound-for-pound star Naoya Inoue.

The Japanese bantamweight defends his WBA ‘regular’ title against IBF champion Emmanuel Rodriguez of Puerto Rico, whose belt will also be at stake.