Cesar Juarez Continues To Lash Out at Tony Weeks Over Stoppage

Cesar Juarez is a warrior and will risk it all to win every time he steps into the ring and that what he was doing Saturday night in his championship fight against Isaac Dogboe in the Bukon Boxing Arena in Accra Ghana when after having been dropped twice referee Tony Weeks called the fight off in the fifth round.

“I was knocked down, but not hurt. I always take risks in the ring and I get caught sometimes and go down, but it was early in the fight and I felt that the stoppage was too early. In my fight against Nonito Donaire I was down twice in the fourth round, but came back and came close to winning the fight,” said Juarez.

“Donaire tired himself out in the first half of our fight and Dogboe was going to do the same thing and that was going to be my chance to win the fight and the WBO belt. Donaire because of his great experience was able to withstand my attack in the last couple of rounds, but I knew that Doboe would not be able to do so. Weeks took away my opportunity with his quick stoppage,” added Juarez. 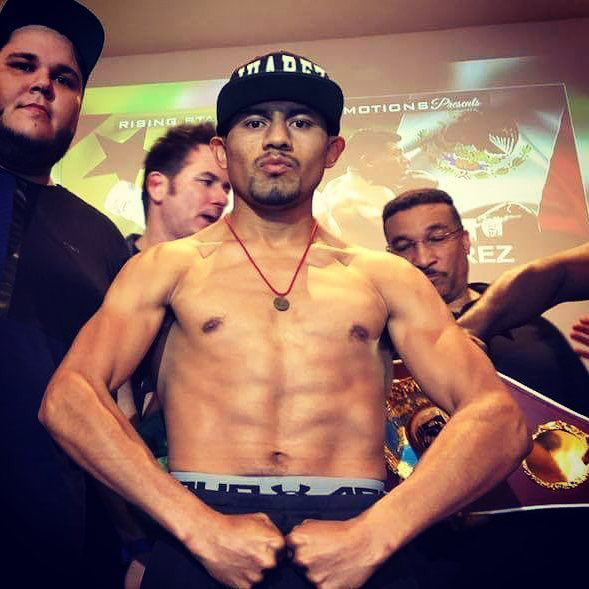 After four hard rounds in what was turning into a classic war, Juarez was knocked down for the second time in the fight in the fifth round, after going down in the second. Weeks just stopped the fight after Juarez got up, never asking him if he was okay or even giving the opportunity to walk towards him to show if he was okay or badly hurt.

“Weeks never gave Cesar the opportunity to show he was okay, he just jumped on him and stopped what was going to be a war to remember just like the fight with Donaire was. Cesar is a warrior who is willing to take shots to deliver his. It was a typical Juarez fight, until Weeks stopped it,” said Sean Gibbons, Juarez's advisor who was ringside in Africa.

“When Weeks was the referee in the great Corrales-Castillo fight, he could have stopped the fight in the 10th round when Chico was hurt and was spitting his mouthpiece all over the ring, but he let it go and Chico came back to win what many call the best fight in boxing history,” said Gibbons.

When Juarez he stopped big favorite Albert Pagara in 2016, Juarez was knockdown in the first round and only got stronger and better from there in route to a dramatic KO victory in the eight round.

“I go down but also get up and come back stronger, the knockdowns only get me more motivated to step up my game, too bad Weeks never took the time to research my history and did not know what I am capable of doing in the ring. Lack of knowledge on Weeks' part really hurt me on Saturday night,” said a very angry Juarez after the fight.

[QUOTE=THEFRESHBRAWLER;18391702]The only idiot to use those dumb ... at the end of his sentences. It’s always 3 dots. You’re even dumber than I thought miss Ann. [IMG]http://i67.tinypic.com/2mhsym0.jpg[/IMG] [IMG]http://i63.tinypic.com/hsp1qr.jpg[/IMG] Vlad and MisanthropicNY are the same people.[/QUOTE] Threee fvcking dots? Hahahaha OK…

[QUOTE=MisanthropicNY;18391776]It's actually worse than that. It's considered racist to point out non-Whites being racist. That's the new, fake definition of "race-baiting." What Al Sharpton does isn't considered race-baiting, he's a "civil rights" leader.[/QUOTE] I know, racism only goes one way.…

[QUOTE=THEFRESHBRAWLER;18391674]Stop using your alt Miss-Ann thropic NY. Same use of commas and the exact same syntax. MisanthropicNY[/QUOTE] Hahaha what the fvck another clown calling me an alt. Go PM retarded Robbie and ask him about his theory on me being…

[QUOTE=THEFRESHBRAWLER;18391674]Stop using your alt Miss-Ann thropic NY. Same use of commas and the exact same syntax. MisanthropicNY[/QUOTE] I'm sure you see dead people too? :poke: Are you typing from a psychiatric hospital lol? Paranoid-schizophrenic much lol?

[QUOTE=Vlad_;18391616]When a black vs white fighters fight, a black ref biased towards the black fighter is not racist at all, it is only racist if it were a white ref showing bias towards the white fighter. It’s 2018 and that’s…