It's been over nine months (March 2016) since charismatic Panamanian boxer Celestino 'Pelenchin' Caballero was arrested after law officers discovered 10 kilos of what they suspected was cocaine in the boxer's vehicle during a traffic stop in Panama - and he still remains in custody while waiting for a preliminary hearing regarding some of the criminal charges.

A prosecutor for the local Attorney General's Office, which handles drug related crimes, said Caballero was apprehended on a highway transporting 10 packages that were filled with cocaine in a Toyota Corolla with plate number AJ 3359.

During a search of the vehicle, they found 5 kilos in the trunk, hidden within a toolbox, and then another 5 kilos were found in a plastic bag. 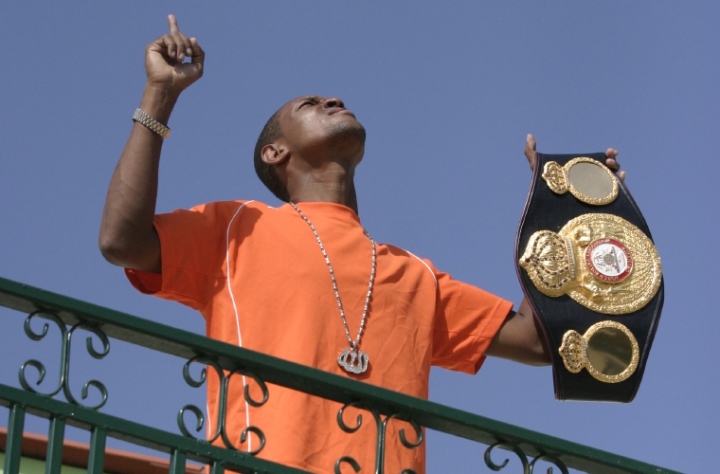 The drugs have a street value of $600,000 USD. The boxer was alone in the car and did not resist officers.

The police report noted -  "I was able to stop this vehicle. He was alone, and handled by our anti-drug units. H did not resist arrest and he said to us that he was carrying something illicit in the car. We found ten rectangular packages that are being analyzed.

Caballero was taken to a local police sub-station and then he was handed over a unit specializing in drug prosecutions.

The former two-division world champion announced his retirement in November of 2014, due to a retina injury after 43 fights with 37 wins.

According to Caballero's lawyer, Víctor Orobio, he hasn't spoken to the boxer for some time.

"The last time I spoke to him, he said to me, 'God will help me, Jesus Christ will defend me.' I advised him that if he wanted to change his lawyer he could do it without any problem," said Orobio.

Orobio reported that his intention was to remove Caballero from the Ancón Police headquarters and transfer him to the penitentiary El Renacer, but it was not possible.

"The situation is regrettable," said Orobio.

Throw away the keys. All that drug does is destroys lives and he was an accomplice to that!

Caballero always had those keys.