'Cassius’ Clay Collard will return to ‘The Bubble.’ 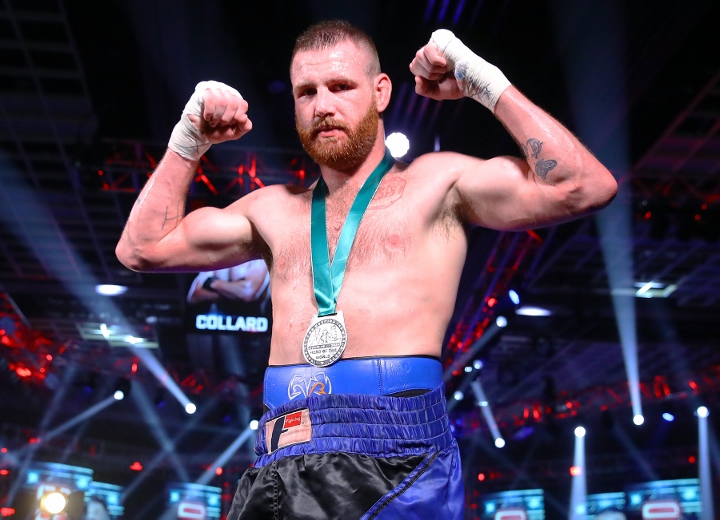 For Collard, it’s a change of pace from the string of unbeaten prospects he has willingly faced in his three-year career. All 12 opponents to date have been either unbeaten or entering with just one loss prior to facing the now 27-year old from Cache Valley, Utah.

Three consecutive unbeaten opponents have fallen prey to the sport’s latest cult favorite, beginning with a six-round win over Quashawn Toler (9-0 at the time) this past January. One month later, Collard traded knockdowns with Raymond Guajardo (5-0 at the time) before blasting out the San Antonio native in the 2nd round of their pre-Super Bowl FS1-aired bout in Biloxi, Mississippi.

Following his celebrated win over Kaminksy, there came a demand for Collard to return to Top Rank’s ongoing summer closed-doors Bubble series. This time it will be as the perceived A-side, wearing a target on his back for Nelson, who is coming off of a six-round loss this past January in Golden, Colorado, mere miles from his adopted hometown.

Nelson has more losses than all 12 of Collard’s opponents combined, but also boasts a kickboxing background. The 30-year old boasts a 9-2 record as a kickboxer, including a 3-2 run on the Glory circuit.

Collar is a tough boxer who want to fight for exposure and is working.:boxing:

Damn. He already healed up? Dude's nuts but awesome. Super fan friendly style. Will keep watching as long as his run lasts. If someone still hasn't seen him fight, watch his fight against Guajardo. You won't be disappointed. 2 rds…