Ocampo (22-0, 13 knockouts) was originally penciled to face Konstantin Ponomarev in an IBF title elimination bout. Ocampo and Ponomarev are ranked number three and four by the IBF, respectively. Ocampo is also ranked number 11 by the WBO.

Ponomarev's co-promoter had stated that they wanted to have trainer Abel Sanchez in the boxer's corner, but he was already working a different fight involving Alex Saucedo on a Top Rank card in Fresno, California and they also felt Ocampo had too much of a home-field advantage. The fight was originally booked for a date in late October in the United States. 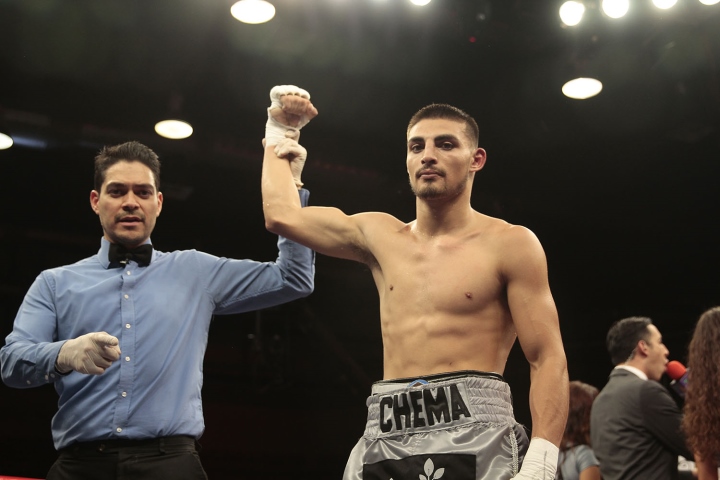 In his last bout on Jan. 14, Ocampo, who resides in Ensenada, Baja California, Mexico, won a one-sided 10 round decision over Daniel Echeverria.

Ferman won his first 13 bouts as a row, but has lost three of his last four, two of them by knockout. In his last bout on Sept. 8, Ferman lost a six round unanimous decision to Julian Rodriguez. The 33-year-old Ferman, who resides in Ciudad Juarez, Chihuahua, Mexico, made his pro debut at the age of 29 in May of 2013.

Ocampo dominated from start to finish with a greater attack and showed a lot more power than Ferman, who went down to the canvas in the second and fourth rounds.

The way it stands right now, Ocampo is still slated to face Ponomarev (32-0, 13 KO's) in their final welterweight eliminator for a world title shot, but the date and the location has not  been determined.

The current world champion under the IBF is Errol Spence  (22-0-0, 19 KOs), who captured the title in July with a stoppage victory over Kell Brook. Spence is now scheduled to make the first defense of that title on January 20th against former world champion Lamont Peterson.

Pomegranate doesnt want none of that life.

[QUOTE=GriffTannen;18203614]lol again with the ibf eliminator? dude has ducked 3 times now. just drop him[/QUOTE] Seriously. How many times is he going to get to turn down opportunities before they finally drop him lower in the rankings?

Obviously Ponomarev has zero confidence at the higher levels the way he sabotages all these opportunities that he has been offered.