Former world champion Carlos “Tata” Baldomir, is still alive and is not among the prisoners who were killed in riots which took place in the prisons of Las Flores and Coronda, in Santa Fe, Argentina.

On Tuesday afternoon a widely circulated rumor began that Baldomir, sentenced to 18 years in prison, had died during the riots. There were even photos being circulated of a dead prisoner who resembled Baldomir.

However, his lawyer and police sources denied the news, indicating to the Argentine media that the former boxer was situated in a different area of the prison when the riot broke out. At the moment the riot has cost the lives of five people. 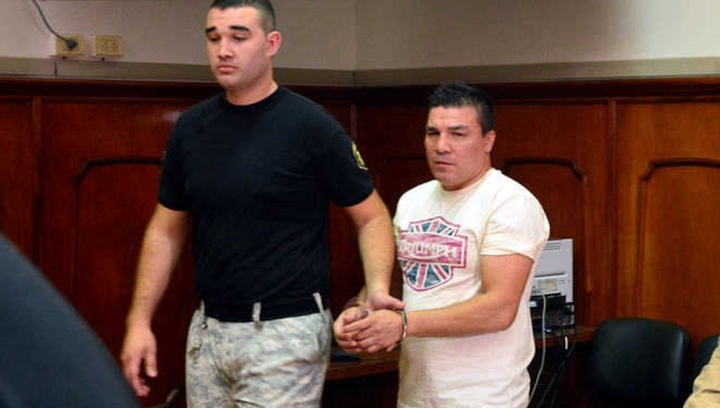 Baldomir is serving an 18-year sentence after being found guilty of repeatedly sexual abusing his daughter when she was a minor. The former boxer has been detained by authorities since the end of 2016.

Baldomir became a unified welterweight champion on January 7, 2006 after pulling off a huge upset, when he secured unanimous decision over Zab Judah at Madison Square Garden in New York City. At the time Judah was already scheduled to face Floyd Mayweather in the headliner of a pay-per-view event.

Baldomir defended his title with a stoppage win over the late Arturo Gatti, but he lost the title in November of the same year in a pay-per-view headliner against Mayweather.

His a$$ should’ve died for doing that to his own daughter.

Sorry, but this is the rare times I said that Carlos Baldomir 18 years is a slap in the wrist when you put the horrid things he do for years to his daughter. This man need life sentence without the…

[QUOTE=YoungManRumble;20479893]Well that's disappointing to hear but then again death is the easy way out. Hopefully he gets raped, tortured and beaten for the rest of his sentence then murdered 2 days prior to release.[/QUOTE] I'd go much further than that…