As BoxingScene.com previously reported, Puerto Rico's Felix "La Sombra" Caraballo is about to receive the biggest opportunity of his career.

The boxer from Mayagüez is slated to face the world featherweight champion of the World Boxing Organization (WBO), Shakur Stevenson, in a non-title fight on June 9 in Las Vegas, Nevada.

Caraballo, with a record of 13-1-2, 9KO's, would leave the United States in the coming days to complete his training for the fight. This event is the first boxing card to take place in Las Vegas since the beginning of the coronavirus pandemic in March. 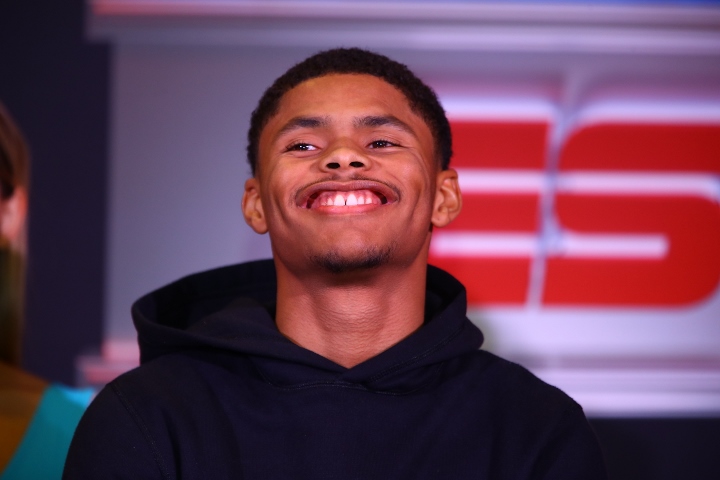 Caraballo's last commitment was in January, when he defeated Mexico's Sergio López by technical knockout.

Javier Bustillo, the promoter for Caraballo, likes his fighter's chances in the contest

“The reality is that we are offering it because Félix has remained active, but with limitations. This business is about opportunity. He has looked good and in his last five fights he has been looking better. The opportunity comes at a time when you may not get many more," mentioned Bustillo to Jorge Ayala.

Stevenson, a 2016 Olympic silver medal winner, has a perfect record of 13-0, with 7KO's. His most recent fight was in October against Joet González for the vacant 126-pound world title.

In addition to that, Stevenson holds a dominant win over Puerto Rico's Christopher Diaz, whom he defeated by unanimous decision just over a year ago at Madison Square Garden in New York.

“This type of opportunity cannot be rejected on the economic side, but also due to the current climate. Felix is ??a boxer who can punch and is brave. It is an opportunity that is difficult to reject. Shakur has had his difficulties in training. He has been having the same problems [as everyone else] due to the pandemic,” added Bustillo.

The event, being promoted by Top Rank, would take place at the super featherweight limit of 130 pounds.