Canelo Shakes Head at Masvidal, Does Not See Him as a Challenge

On that same night, at the MGM Grand in Las Vegas, Canelo knocked out Sergey Kovalev in the eleventh round to capture the WBO light heavyweight title. 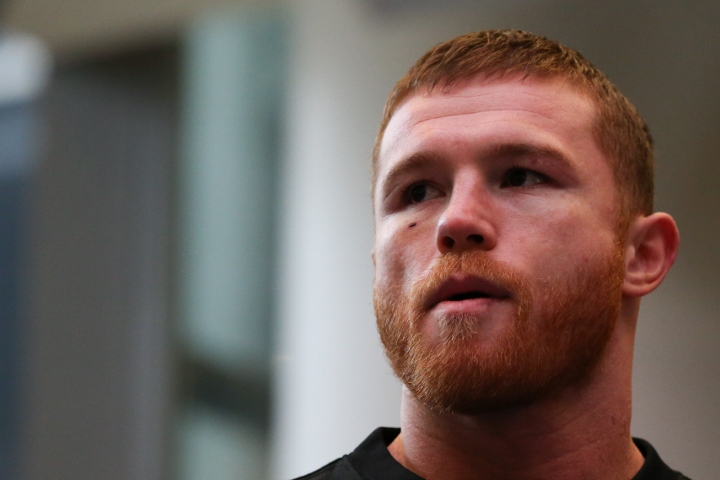 After securing his big win, Masvidal called out Canelo to a cross-sport boxing match.

Back in 2017, Floyd Mayweather came out of retirement to score a tenth round stoppage over UFC superstar Conor McGregor. It was a major event that generated over 4 million pay-per-view purchases.

Masidaval would late double-down on the challenge - explaining that he was capable of taking Canelo out.

“I consider myself 10 times the athlete [Canelo] is just because of MMA in general,” Masvidal told the Dan Le Batard Show on ESPN. “All the strength, speed and power you have to generate – to throw one kick is like throwing 10 right hands.

“The energy it takes to wrestle and pick somebody up in the air ... boxing’s just your weight, nobody cares. If I could shift those energy blocks and bring them down to boxing where I'm throwing 80 or 90 punches a round, I feel I could hurt this dude.

“I definitely agree that if [Alvarez] was to go to MMA, it wouldn’t be a challenge because I’ve thrown 10,000 left high-kicks in a month and he’s never done one. It’s kind of the same thing to boxing, where if I’ve thrown a million jabs, then he’s thrown 10 million because that’s all his focus.

“That being said, there’s still an element that I could put his ass to sleep ... maybe I don’t hit harder, but I’m definitely bigger. I could definitely make a statement and even it out for MMA, my sport. There [are] still things in boxing that are a part of boxing. I just feel I could beat him up in some areas. Does he have a better jab and left hook than me? Yeah, of course. But there’s still elements where I could make it awkward for him, just like Conor did to Mayweather. Those are the mountains I like to scale. If I'm going into boxing, I want the best guy they got.”

While Canelo admits that contest would make bank at the box-office - he also believes Masivdal has no business being in a boxing ring.

“With all due respect, I always felt that I have nothing to do in an MMA cage,” Canelo said to Little Giant Boxing. “I think the same if they get into a boxing ring. They have nothing to do. But from a business standpoint, yes it’s something attractive but it is not a challenge for me therefore it is not my priority.”

Canelo is not surprised with the army of UFC fighters who are challenging top boxers - because the money involved for such a fight is far above what an MMA fighter would ever earn in the UFC. McGregor earned $100 million for his blockbuster with Mayweather.

“Because of money [they want to face a boxer],” Canelo said. “There’s no other reason. Because of the money. Because of the money, because of the business. That’s the reality. What other reason would there be? They would’ve started boxing from a young age if they really liked it. With all due respect to everyone, I respect what MMA fighters do in their sport. They’re great fighters. But boxing is a different thing.”

so many idiots in this thread. Masvidal KNOWS he cannot win. its just that cheap ass Dana White doesn't pay his guys like boxers so Jorge is begging Canelo for a check. no different than what Conor did. im not…

Canelo would slap the head off ya.

[QUOTE=R.KHLMS4LIFE;20216971]It's a complete different thing for sure boxing is hands only and a bs clinch. Mma is hands elbows knees and kicks oh yeah plus various grappling. It does good business but I'd take canelo in decision if it's boxing…