A few days ago, former five division world champion Floyd Mayweather generated plenty of headlines when he announced on social media that he would come out of retirement in 2020.

Mayweather, now 43-years-old, last fought in August of 2017 when he stopped UFC superstar Conor McGregor in a cross-sport fight.

The contest was Mayweather's only official bout since 2015. He had an exhibition on New Year's Eve in Japan, but outside of that Mayweather has not taken part in a sanctioned fight in over two years. 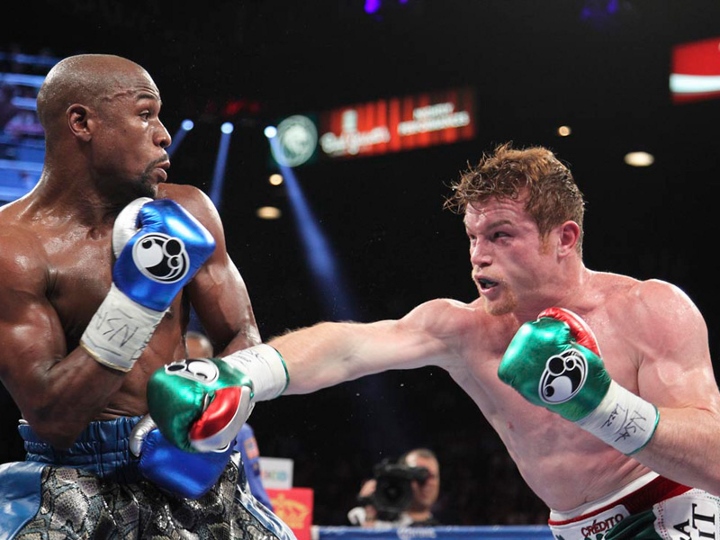 Mexican superstar Saul "Canelo" Alvarez has tried for years to secure a rematch with Mayweather.

Mayweather dominated Canelo over twelve rounds in 2013, at a catch-weight of 152-pounds. The fight is still the only loss on Canelo's record.

Canelo has already heard the news of Mayweather coming back - and of course he is interested.

While he wants the rematch, he doubts the fight will take place.

At this point, they are way too far apart in weight.

Earlier this month, Canelo captured the WBO light heavyweight title with a knockout of Sergey Kovalev.

Mayweather has never fought beyond the junior middleweight limit of 154. Even if Canelo was capable of getting back to 160, there is almost no chance of Mayweather meeting him at middleweight.

"I have always imagined it [the rematch against Mayweather], but I view it as an apprenticeship more so than a defeat," Canelo said to ESPN Deportes. "I would love to [fight him again], but I don't think he's going to turn [in this direction]."

[QUOTE=UNBANNED;20214172]Canelo hasn't had a bad opponent in like 5 years. Not sure what you're talking about[/QUOTE] Rocky Fielding? Khan? Liam Smith? Might throw stoner Julio Jr in there as well. Golovkin x2, past-his-best Krusher and Danny J get pass marks.

[QUOTE=Marvlus Marv;20214166]Yep, there are dangerous cats out there for Canelo but we won't be shocked if he goes after more low hanging fruit.[/QUOTE] Canelo hasn't had a bad opponent in like 5 years. Not sure what you're talking about

[QUOTE=UNBANNED;20211229]SMW isnt weak...Plant looks the goods and theres GOOD fights in BJS, Smith, and Benavidez. Of course GGG could move up to 168 for that rematch also Hoping Canelo stays 168 and lets another mega fight brew...say winner of Bivol/Beterbiev…

This should not even be a consideration for Canelo.