Canelo is scheduled to make a voluntary defense against British star Amir Khan (31-3, 19KOs) on May 7th at the T-Mobile Arena in Las Vegas.

Golovkin is scheduled to face IBF mandatory challenger Dominic Wade on April 23rd at The Forum in Los Angeles, California. 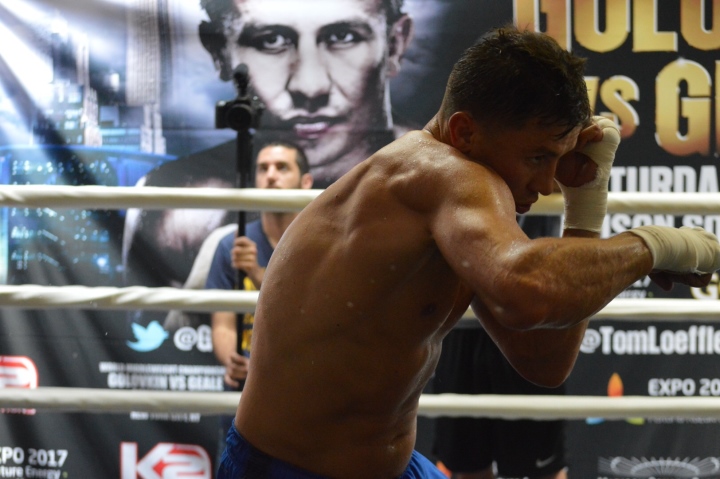 If the two champions prevail, the World Boxing Council has ordered them to fight each other in the fall.

There is a big issue in making that fight a reality - the agreed upon weight.

The fight with Khan is taking place at a catch-weight of 155-pounds. Canelo's last four fights have taken place at 155. Canelo has already stated, in several interviews, that he won't face Golovkin at the full middleweight limit of 160-pounds. Because Golovkin is the mandatory challenger, he is under no obligation to weigh any lower than 160.

Golovkin and his team have already gone on record, that GGG is not going to consider the option of dropping down to a catch-weight - at least not while he's the mandatory challenger.

Despite all that, WBC President Mauricio Sulaiman remains confident that Canelo-Golovkin will happen in the fall.

He says both fighters, and their promoters, signed an official document with the WBC which states the two boxers have agreed to face each other in the fall.

That document is not legally binding. If a deal is not reached and Canelo decides to fight someone else, then he will be stripped and Golovkin will become the full champion.

"The agreement is absolutely clear and definitive," said Sulaiman to Carlos Narvaez. "Gennady Golovkin and 'Canelo' Alvarez signed an agreement for both of them to make a voluntary defense of their respective title and then once they finish the defenses - they will enter into negotiations to fight each other. Everything else being speculated is independent of the World Boxing Council. There is an agreement and we recorded it. There is a document."

[QUOTE=mick1303;16556016]It would've been a story if Souleyman said "I believe the fight will happen at the mandated division limit". What he actually said is worthless. He maybe believes that Golovkin caves in and accepts Canelo demands, who knows. Which IMO…

[QUOTE=PittyPat;16556090]All I read was "guzzleguzzleguzzleCanelo'sNutsguzzleguzzle". :wanker:[/QUOTE] So like I just said in another post... GGG has a great excuse if he drops down to 155 and loses... he was depleted. Plus he'd have just made a huge paycheck. What's the…

The fight isn't happening. Canelo's demands on weight are ludicrous. I would sympathize with Alvarez if the issue was that he wanted like 60/40 or 65/35 money (with GGG making way less)- I honestly would. I can understand that. No…

[QUOTE=turnedup;16556588]Because most of the detractors on this website don't understand how shh works dude. People think Golovkin somehow needs Canelo. Not quite understanding all of the potential sponsor money this guy could pull out of Europe alone. These guys make…

[QUOTE=PittyPat;16555839]That's what I like about this situation – whatever Alvarez keeps spouting off about "being comfortable" and other such panzy s[color=black]h[/color]it, Golovkin has a formidable team behind him who have the money to twist the WBC's arm in handing over…