Smith, who had a banner year in 2018 by winning the World Boxing Super Series tournament with a knockout of George Groves, was really angling to get Ward back the ring - and Smith had no issue with moving up in weight to make the fight happen.

Ward retired back in 2017, a few months after stopping Sergey Kovalev in a rematch to retain the WBO, WBA, IBF light heavyweight titles. 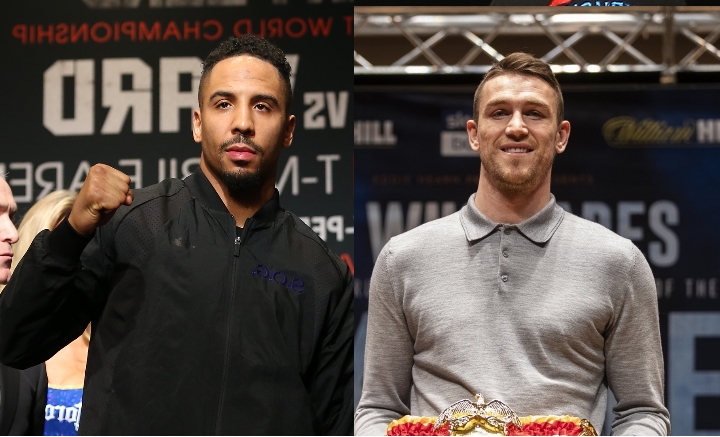 A few months ago, Ward's manager, James Prince, hinted that his fighter could return from retirement for a major fight - and he named Smith and IBF, WBO, WBC, WBA cruiserweight champion Oleksandr Usyk as possible opponents.

According to Gallagher, he's been advised that Ward wants a lot of money to come out of retirement - more money than a fight with Smith or Usyk would likely bring.

"Callum Smith is who we've always talked about fighting Andre Ward, and I know from what I'm hearing, Andre Ward wants silly money to come out of retirement," said Gallagher to Sky Sports.

"I know the challenge for Andre to fight Usyk and all the world cruiserweight belts is there, but as good a fighter as he is, I don't think that's going to fill any stadiums either in the Ukraine, or in the UK, or in the US. I think the only stadium fight that's available there, that makes sense, is Callum Smith versus Andre Ward at Anfield in Liverpool."

As undisputed champion Usyk deserves a 70-30% purse split which the so called SOG couldn't live with, so the only way that fight happens is with a 50% split in Oakland. As for Smith, Ward would possibly want a catch-weight…

lol well yea, he's retired and Callum is a nobody.

Usyk-Ward is the best possible fight in boxing right now. It won't happen though. Neither one is a draw, neither one fills stadiums, neither one sells ppvs. If Ward was still fighting, it would be #1 p4p vs. #2 p4p.…

[QUOTE=Redd Foxx;19407526]Dude is retired and idiots act like he should be easy to negotiate with. :lol1: He left boxing as P4P #1 because he doesn't need it anymore. If you want to ride his name and his rep, you gotta…

Usyk vs Ward would sell big in the Uk cuz of how usyk performed vs bellew. Make it plz