Callum Johnson: I Can KO Anyone at 175 - I'd Love Dmitry Bivol

Johnson (18-1, 13 KOs) bounced back from a TKO defeat at the hands of IBF world champion Artur Beterbiev.

Monaghan (29-3, 17 KOs) was no match for the power of Johnson, who also had Beterbiev down before getting clipped by the champion later on. 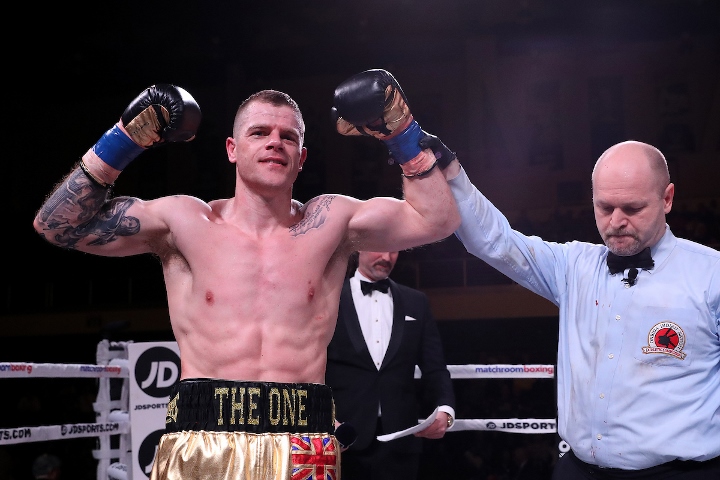 Johnson was very pleased with the victory and hopes to fight again in the United States, and has no issue facing Bivol on American soil.

“I thought it was a good performance, I can’t say it was perfect. I learned a lot from Beterbiev fight. I would love to fight [Dmitry Bivol] and I think these people would love to see me back in America," Johnson said.

“I needed the win to get back on track. But mentally, I needed that loss more. I think that got me in the place that I learned what I need to do in camp now, the little things. Working on tactics and my diet and things like that. Eddie is here to make sure that I am getting the biggest fights so I can make money for my family.”

“There isn’t a fighter that is out there in the light heavy division that is stronger than me. I have the power to knock anyone out. I know I had a tough competitor ahead of me in Monaghan. I enjoyed myself out there."

[QUOTE=Robertthebruce;19574770]As long as you don't try fighting Beterbiev again...Bivol or Kovalev would be better options...maybe try fight the next hype job Yarde[/QUOTE] Bivol DESTROYS him..with all due respect to him!! When the dust finally settles, Bivol is going to be…

Like to see Johnson in with Buatsi. I’d say Yarde too but that’s not going to happen

Might be a closer match-up than Bivol vs Smith Jr. Calum Johnson hits just as hard as Smith Jr but is definitely a more polished boxer - not as slick as Bivol though. Late stoppage or approximately 8-4 on the…

[QUOTE=Brooklyn926;19574753]Joe smith would stop Johnson.[/QUOTE] I have my doubts about that. They are both big punchers. I would argue that Johnson has better fundamentals and has a better chance of catching Smith first with a big shot. Now whether or…