Buboy: I Told Pacquiao, 'If You Are Angry at Thurman - KO Him!'

MGM GRAND, LAS VEGAS - On Saturday night Manny Pacquiao and Keith Thurman will collide in a FOX pay-per-view main event. This will be FOX's second foray into the pay-per-view business since reaching a multi-year agreement distribution deal with Premier Boxing Champions.

Most lead ups to fight with Manny Pacquiao lack any real animosity but the build up to this fight has been a bit different with Thurman saying among other things that he wants to "crucify" Pacquiao who is a born again Christian.

Pacquiao has admitted to that comment bothering him but hasn't said much else about it. 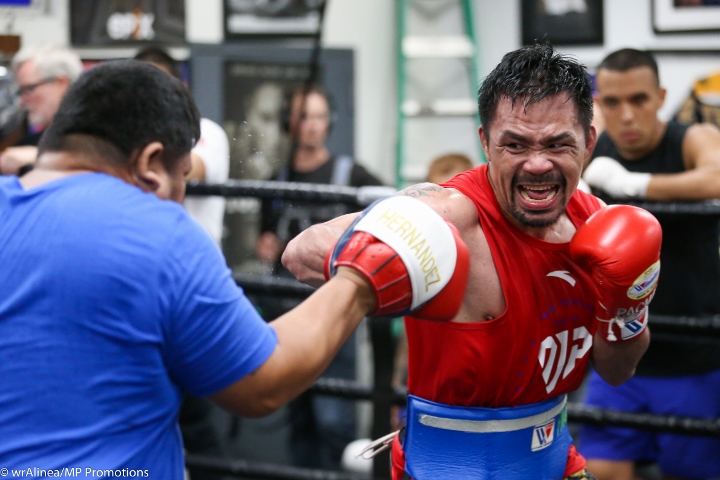 The 40-year-old Filipino's co-trainer and longtime trainer Buboy Fernandez confirmed to BoxingScene.com that he is indeed upset with those remarks.

"Being his childhood friend I know what he is feeling but as a born again Christian he doesn't really want to say it," Fernandez stated.

The fighting senator has only 1 knockout victory on his ledger in nearly 10 years and that came against Lucas Matthysse who promptly retired after the fight.

Fernandez said that there is a very high probability that he could add another KO victim on Saturday night. He went as far as to say that he usually tells Pacquiao to be cautious but in this case he gave him permission to go for the kill.