Broner On Fighting Redkach: I'm Gonna F--k Him Up; He Been Begging For It!

Adrien Broner is more than willing to give Ivan Redkach what he wants.

Broner told Showtime’s Brian Custer on the newest episode of his podcast, “The Last Stand,” he is interested facing Redkach when he returns to the ring. The 31-year-old Broner has not fought since losing a 12-round unanimous decision to Filipino legend Manny Pacquiao in January 2019, when they headlined a Showtime Pay-Per-View event at MGM Grand Garden Arena in Las Vegas.

“Man, I would love to go in there and stop him,” Broner told Custer regarding Redkach in episode that debuted late Monday night. “It’d be a good fight. You know, especially me coming off, I’ve been off for what, two years? I don’t care if we fight. I mean, as long as my money right, we gonna have a hell of a fight. I’m gonna f--k him up, though. He asking for it. He been begging for it.” 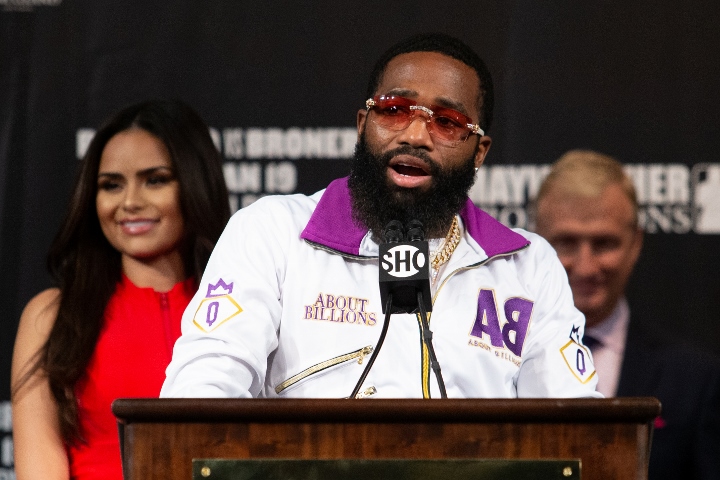 “We’re in the process of talking about opponents,” Espinoza said. “It’s been two years since he’s fought, so we’re in discussions about the opponent. But it will be somebody credible.”

The 34-year-old Redkach (23-5-1, 18 KOs, 1 NC) lost a 12-round unanimous decision to former two-division champion Danny Garcia (36-2, 21 KOs) in his most recent action. Showtime televised Garcia-Redkach as the main event of a tripleheader January 25 from Barclays Center in Brooklyn.

The polarizing Broner historically has drawn stronger ratings for Showtime than most boxers that headline cards on that premium cable network.

When Custer asked him if he has been training, Broner, who is notorious for gaining a lot of weight between bouts, laughed and replied, “I mean, I ain’t too big right now.”

If Almost Bumlevel loses to Redc0ck, there's no cave he can hide in.

Is this the same Adrien Broner who said Espinoza was lying about him coming back in January? This man must make good pancakes. He flip flops so much.

Redkach has 5 loses? Yeah that sounds like the caliber of opponent Broner deserves to fight! Only reason Broner still gets fights is because fans like seeing him get his ass kicked and waiting to see him get KTFO! Of…

[QUOTE=sicko;20774286]No problem with this fight for Broner coming off of a 2 year Layoff We all know Broner vs Prograis is coming[/QUOTE] Man I was thinking about that right before reading your post

The return of the Joker!